You’re Not Dreaming. ‘Dream a Little Dream’ is Coming to Blu-ray 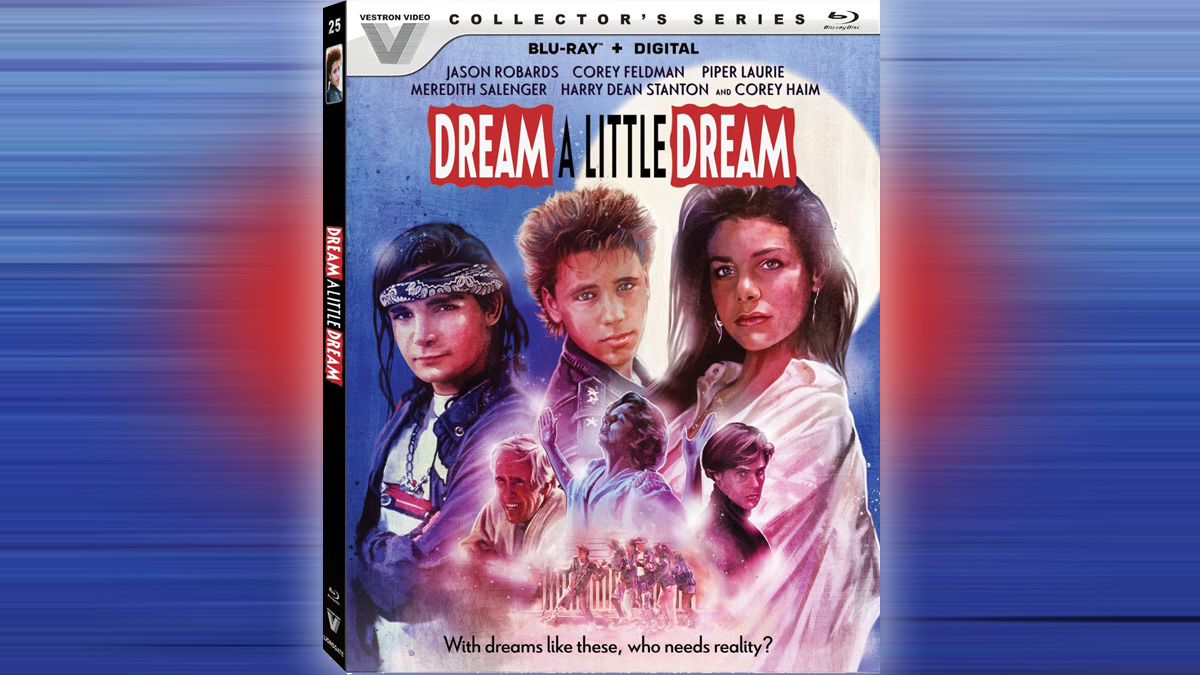 Corey Haim and Corey Feldman were the dynamic duo of teen movies releasing such memorable classics as The Lost Boys and License to Drive. However, some of their best work didn’t receive as much fanfare. Fortunately, Lionsgate is here to rectify that with their Dream a Little Dream Blu-ray release. Arriving March 15, 2022 on Blu-ray and digital, Dream a Little Dream is part of the amazing Vestron Video Collector’s Series, which has consistently delivered some prime under-the-radar fare and now includes this 1989 body-swap comedy.

If you haven’t seen this movie before, you’re in for a wild ride. To quote the film: “Thank you for a frightening, confusing, strange and dangerous time.” Here’s more about what’s in store for first-time or returning viewers:

Bobby has everything a young guy should: a good buddy, a girlfriend, and parents who love him. When the older couple down the street try a transcendental experiment to extend their lives, they quite literally become trapped in the teen’s bodies. This teen comedy has a great cast including the two Coreys – Corey Haim and Corey Feldman, as well as Harry Dean Stanton (Repo Man, Alien), Piper Laurie (Carrie), and Jason Robards (Magnolia).