Why You Shouldn’t Ditch ‘Season of the Witch’ 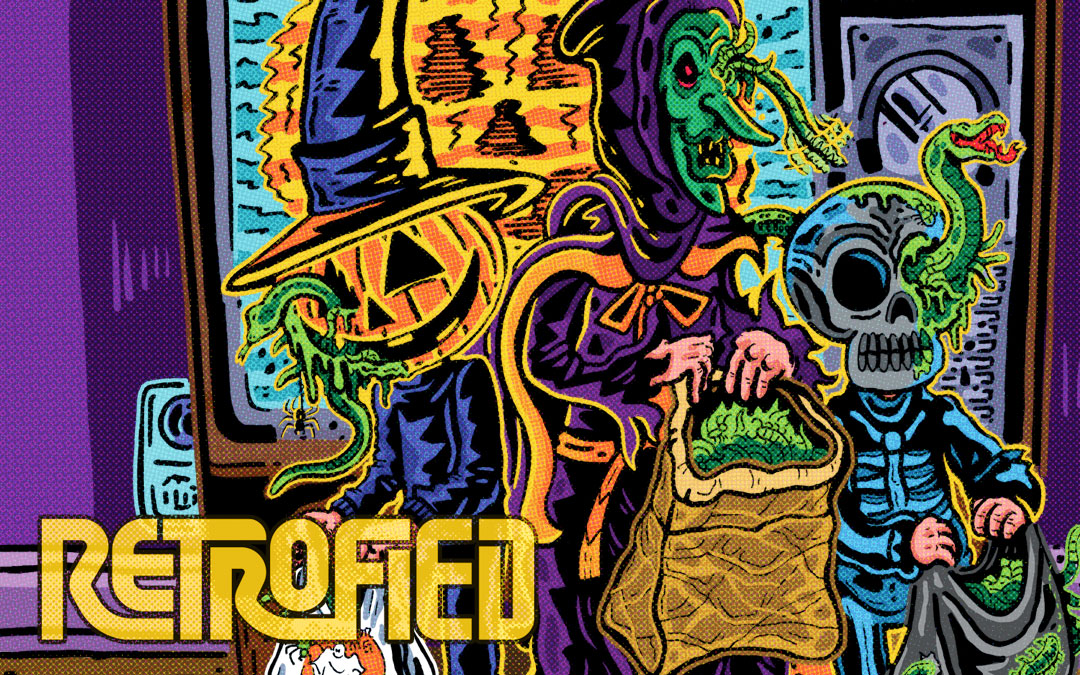 I wouldn’t blame you if you told me you’d never seen Halloween III: Season of the Witch. Until a couple years ago, I was in the same boat. While I had an affinity for watching Jason Voorhees rack up the death count in Friday the 13th or cheering as Freddy Kreuger tormented souls in their dreams, there was something about the real-world nature of the murderous Michael Myers that never allowed me to make it beyond the original classic.

John Carpenter’s 1978 Halloween is a masterpiece of the genre and is well-deserving of the now 12-film dynasty it brought forth. That said, having rectified my sparse Halloween sequel viewing, I don’t think it will be surprising to anyone to hear that not all of those sequels are winners. Look, in the span of 12 movies, there’s bound to be some stinkers. 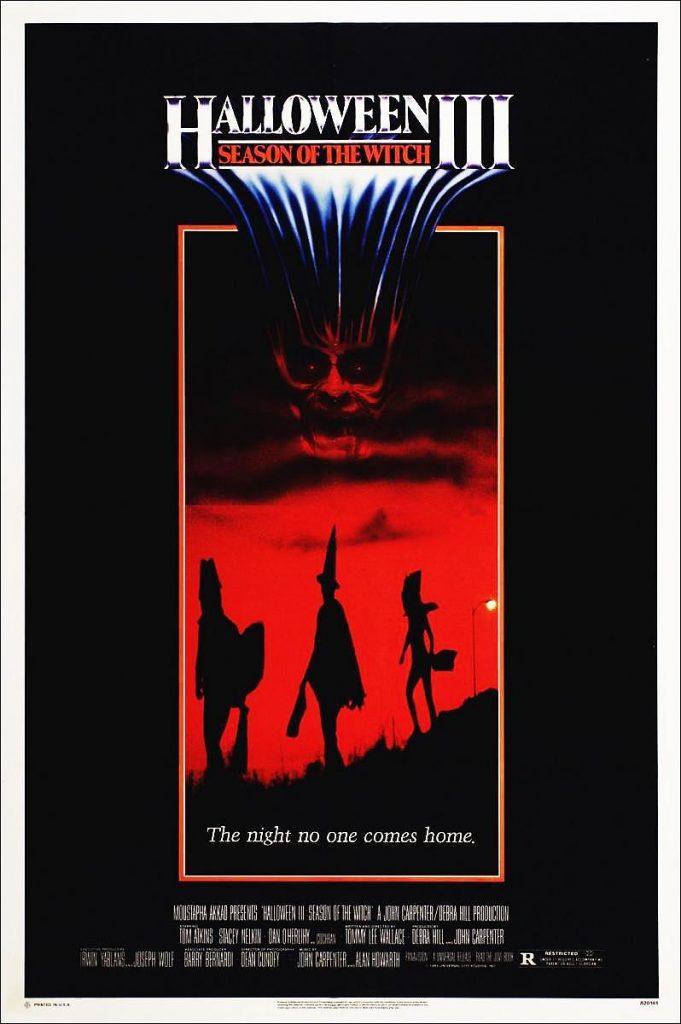 While die-hard fans have somehow raised Halloween III‘s caché among horror hounds, I’m here to argue that this movie shouldn’t solely be celebrated by a cult following. In my opinion “cult classic” is a term that gets thrown around more than it should. Whether you’re talking about Chopping Mall or Killer Klowns from Outer Space, the horror genre is ripe for celebrating and giving cult status to films that were…shall I say…less than well-received upon initial release, but are deserving of respect. While Halloween III: Season of the Witch is now granted cult status, the film isn’t one I’d place on the same level with a lowly Maniac Cop II or Sleepaway Camp. No, it’s something more that should be appreciated by far more than a dedicated underground.

Famously the only Halloween movie not to feature the eerily-silent Michael Myers/The Shape, Season of the Witch stands on its own. If you’re uninitiated, the movie follows Dr. Daniel Challis —played by seasoned horror actor Tom Atkins (Night of the Creeps, The Fog, Maniac Cop)—as he seeks to uncover the truth behind a murder of a patient under his care in the hospital. Connecting with the deceased’s daughter (Stacey Nelkin), the two find themselves on a trail that leads them to Silver Shamrock Novelties: a company producing popular Halloween masks for kids. As you can imagine, not everything is on the level, and there are plenty of murders and surprises around every corner before (and after!) the truth is uncovered. I’m holding out hope that some readers may not have seen this flick, so those of you who have should be proud of me for not revealing too much for a movie over 35 years old.

The movie has a lot going for it despite its deviation from the slasher genre the previous two Halloween movies helped establish, but that was always this movie’s intent. When John Carpenter was asked to make another Halloween film after we just saw Michael Myers’s fiery demise on screen, he did what he thought would be best for the future of the franchise and executive produced a wholly unique film that he hoped would usher in a steady stream of new films—all of which would feature an eerie tale that takes place on Halloween.

That concept honestly sounds great, and is one I would be all for jumpstarting. The problem back when this movie came out in 1982 is that the audience wasn’t fully prepared for the drastic shift from the previous Halloween movies. When you’ve come to expect Michael Myers and Laurie Strode in a Halloween movie, you want Michael Myers and Laure Strode in a Halloween movie! I, too, would be utterly disappointed to be waiting for the masked villain to make an appearance at every turn in a movie and would walk out of the theater cursing the movie’s name if I had been bamboozled like that. It’s no doubt that this massive marketing miscalculation sealed the film’s fate with critics and (most) fans. 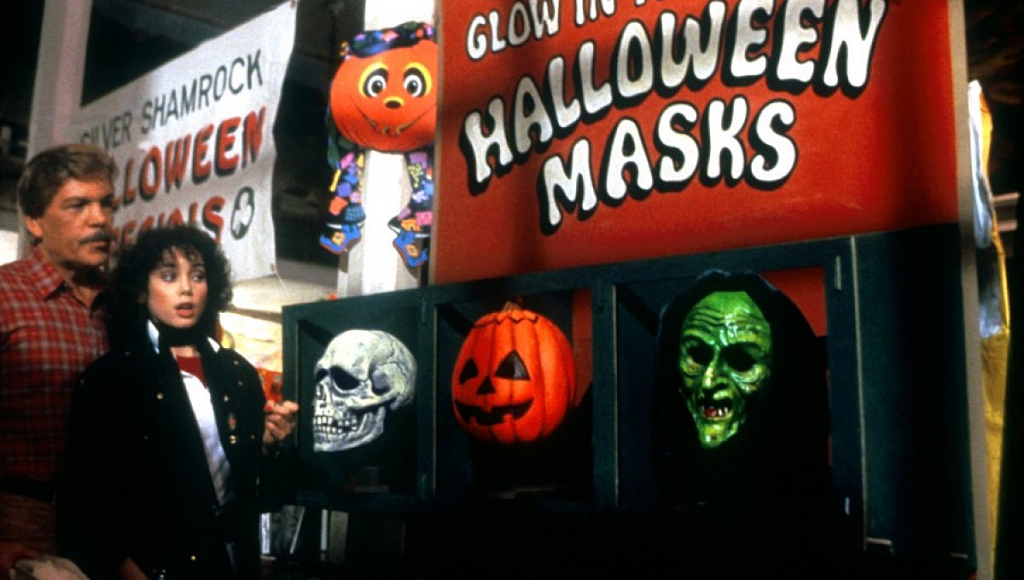 Other than Halloween 5: The Revenge of Michael Myers, Halloween III is the lowest-grossing movie in the entire 12-film run. However, people forget that the film still made money, earning $14.4M gross on a $2.5M budget (that’s $40M gross adjusted for 2021). Which is why, despite lower-than-normal box office receipts and poor reviews, Season of the Witch wasn’t the final Halloween movie. But it is definitely the reason that the next film in the franchise was Halloween 4: The Return of Michael Myers.

Now that this movie is firmly on my radar, I wholeheartedly endorse it for regular Halloween season viewing. It honestly has a lot going for it: a wholly original story concept by writer/director Tommy Lee Wallace (Fright Night 2), an amazing synth score by John Carpenter and Alan Howarth that I frequently play in the background while writing, great performances from most of the cast with a special shoutout to Dan O’Herlihy (who also played Grig in The Last Starfighter, natch!) as the sinister CEO of Silver Shamrock, and masked heads reduced to piles of snakes and insects. Oh, and witchcraft.

Don’t get me wrong. It’s not a masterpiece by any stretch of the imagination especially when compared to the recent Blumhouse reboot/sequel or the terrifying original, but it is good. It is deserving to be more than it is and to be seen by far more people, in regular Halloween season viewing.

My solution? Get rid of the Halloween movie numbering system and just call this one by its separate identifier: Season of the Witch. Heck, the movie itself presents the two previous entries in the franchise as being totally separate, fictional works when the main character asks to turn off the TV in a bar playing Halloween. Additionally, the new blockbuster 2018 Halloween also negates every other entry in the franchise and acts as a direct sequel to the first movie. Despite its few flaws, it deserves to stand on its own.

I get it. It’s fun being “in the know” as part of the small group of fans who appreciate this movie. Seeing a t-shirt with a pumpkin, witch, and skeleton and “getting” the reference is comforting and connecting to other fans. Whether you’re in that “cult” for enjoying the movie ironically or with a genuine appreciation, it’s time to expand membership. Tell your friends, include Season of the Witch on your watch list and share that sucker to social media. To quote the movie: “What’s the matter? Don’t you have any Halloween spirit?”