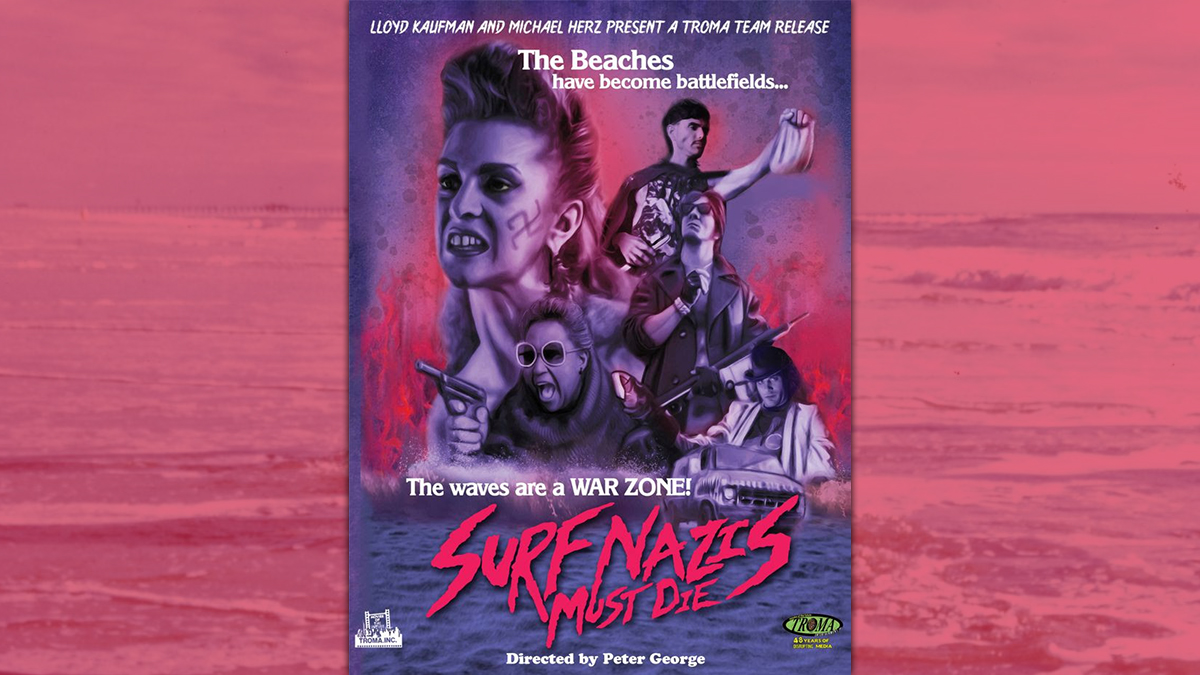 Celebrating 48 years of disrupting media and fierce independence, Troma Entertainment is bringing back one of its all-time classics for a new HD Blu-ray release. Riding a wave of nostalgia, Surf Nazis Must Die Blu-ray arrives on February 8th, 2022 and comes packed with all-new special features. If you’re already a fan of Troma’s greatest hits like The Toxic Avenger, Sgt. Kabukiman N.Y.P.D., or Class of Nuke ‘Em High, you know what you’re in for. If not, get ready for some of the best post-apocalyptic exploitation action around. Here’s the synopsis:

When an earthquake leaves the California coastline in ruins and reduces the beaches to a state of chaos, group of neo-Nazis led by Adolf (Barry Brenner), the self-proclaimed “Führer of the new beach”, takes advantage of the resulting chaos by fighting off several rival surfer gangs to seize control of the beaches. Meanwhile, an African American oil well worker named Leroy (Robert Harden) is killed by the Surf Nazis while jogging on the beach. Leroy’s mother, “Mama” Washington (Gail Neely), devastated by the loss of her son, vows revenge. After arming herself with a handgun and grenades, she breaks out of her retirement home and exacts vengeance on the Surf Nazis.

Hang ten with this list of all-new bonus features:

Surf Nazis Must Die was originally released in 1987 and stars Gail Neely, Barry Brenner, Michael Sonye, andd Dawn Wildsmith. Check out the original trailer below before picking up your own copy of the Blu-ray February 8, 2022: