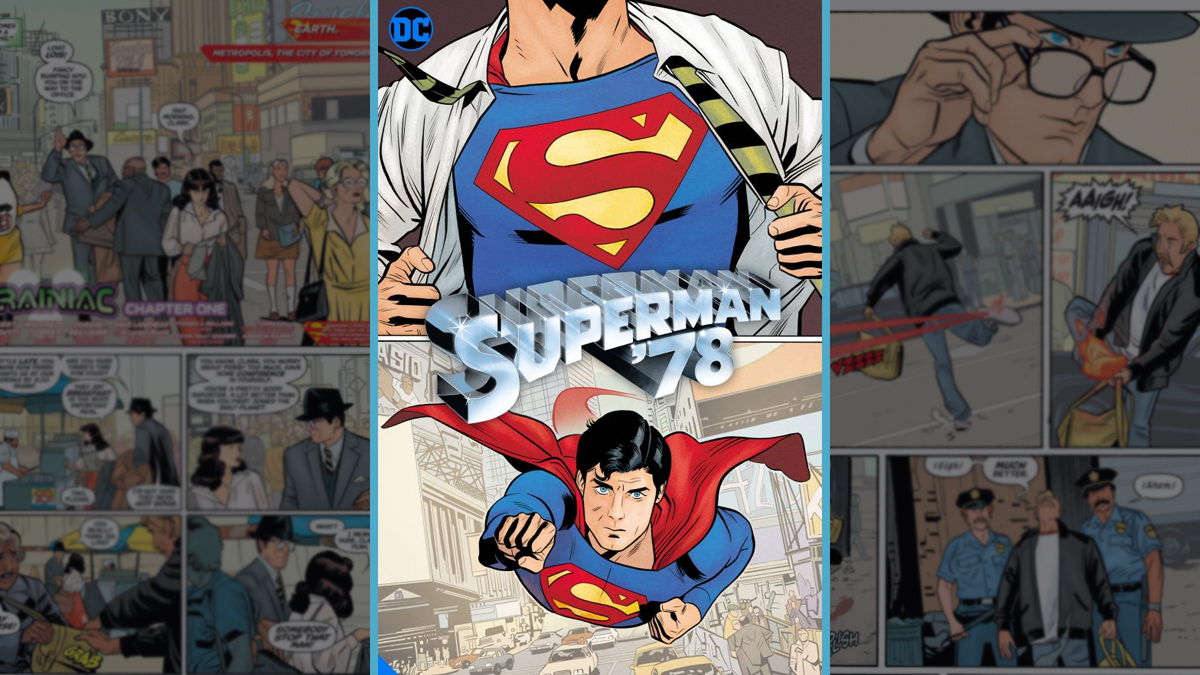 In this world of cinematic universes and comic book multiverses, if you ever wondered what a universe populated by Christopher Reeves’ and Margot Kidder’s Lois and Clark would look like then wonder no more. Riding high on the success of Jeff Parker’s Batman ’66, writer Robert Venditti and Artist Wilfredo Torres have produced a love letter to Richard Donner’s 1978 blockbuster in their six-part series Superman ’78.

“Superman ’78 stands as a tribute to director Richard Donner, who made a generation of fans believe a man can fly.”

Opening with a flashback to Krypton’s demise, it sets the tone right off the bat. Before long we’re in Metropolis with Clark trying to keep pace with Lois on their way to the Daily Planet. When Brainiac shows up to “save” the Earth from the Kryptonian infestation, Superman has to make an impossible decision.

Everything, from the crystal sparkle of the Superman logo, to the alchemy that fizzes between Jimmy, Perry, Lois, Clark, and the wisecracking Metropolitans, is pitch perfect. Colourist Jordie Bellaire dazzles the eye with eye-popping blocks of oranges and pinks that add to the rose-tinted joy of the whole thing.

Of course it wouldn’t be Superman without Lex Luthor, and here they absolutely nail Gene Hackman’s comedic arrogance. His intellectual face-off with Brainiac is terrific. Clark’s timid approach to reporting (which is obviously a front) makes me feel very seen. I could do with being a lot more like Lois. She says at one point, when Jimmy is begging her to run and hide, “Good stories are never behind you Jimmy. They’re always out front.”

I had such a crush on Margot Kidder when I was a kid and it’s such a bittersweet treat to be in her company once again. Torres’ rendering is spot on and the characterization of both Lois and Clark hits all the right nostalgic beats. It’s so good!

It could be argued that there’s a theme about preserving the past becoming a prison, or that nostalgia stunts our progress perhaps? Yet at the same time it shows us that peering into the time capsule of nostalgia can often help us to understand ourselves better and help us grow.

It’s also a study of loss. Most of us don’t get to revisit our loved ones once they’re gone. They don’t get bottled up for us to discover one day. There’s a sense of wish fulfillment about Superman ’78, a desire to walk into our past, to relive a time we’ve lost.

Brainiac is a cold, ruthless villain whose logic is unfathomable to us. Superman, and the people of Metropolis, are all heart. And the heart longs to return home.