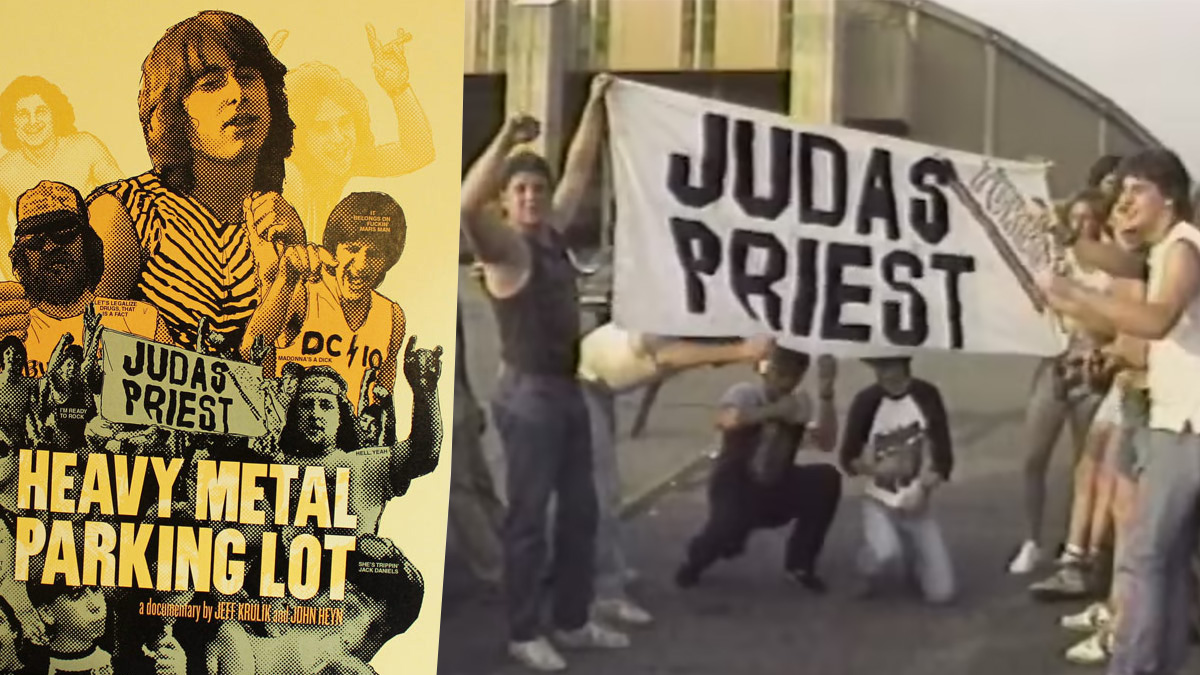 With little fanfare, the documentary Heavy Metal Parking Lot turned 35 years old on May 31, 2021. It was on that same date in 1986 that filmmakers Jeff Krulik and John Heyn took a camera and a microphone to film young, often-inebriated fans gathered outside the Capital Centre in Landover, Maryland to attend a double-billed concert featuring Dokken and headliner Judas Priest. The short 16-minute time capsule is raw, unglamorous, and a product of its time, but even after all these years, its appeal remains. (Not familiar? Watch it for free)

The documentary short film first gained underground cult status being passed around as bootleg VHS tapes to friends and reached some mainstream success around the time of it’s 20th anniversary DVD release in 2006. The filmmakers have since appeared on NBC’s Last Call with Carson Daly and the doc was honored with a 30th anniversary screening at SXSW. Who knows what honors and screenings Heavy Metal Parking Lot (HMPL) would have enjoyed this year had COVID not put a damper on things.

While some might think its popularity may have peaked, its allure has simply morphed over time. A supposed favorite on the Nirvana tour bus, I imagine it was first enjoyed by people in the ’90s music scene cringing with familiarity of seeing what they themselves must have looked like as young metal fans in the ’80s or laughing at the absurdity of the devotion to the then-waning hard rock scene that grunge had toppled. And by the time the DVD release rolled around, followed by new fans’ discovery on streaming it was rightfully applauded as an impeccable time capsule of a specific moment in music and pop culture. So then, what allure does it hold for me now?

For that, dear friends, look past the Heavy Metal, and focus on the Parking Lot.

At my high school there were limited parking spaces for students, which were guaranteed to fill up every day. If you were unlucky enough to miss out on one of those coveted spaces, you would have to park at a grocery store that served as an overflow lot half a mile away. With cars being a lifeline to independence and to avoid the dreaded walk of shame—or worse yet, a bus ride—we would often arrive an hour early to school. That left us with an awful lot of time to spend together in a parking lot. 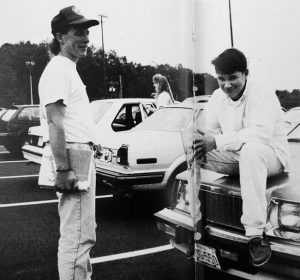 Similar to the grouping of concert-goers in HMPL (but presumably without as much alcohol), students would gather in cliques, blaring their favorite music and enjoying the familiarity of friends. By the mid-’90s of my high school days, the music of Judas Priest and Dokken had fallen out of favor, but Coolio’s “Gangster’s Paradise” and the techno beats of the theme to Mortal Kombat filled the air each morning before school. There was time to catch up and joke with friends, copy each other’s homework, flirt with a love interest, devour some drive-thru breakfast and more. More than the classes in school itself, the parking lot was our microcosm of society.

Though not reaching Lord of the Flies territory, our high school’s parking lot was a place away from parents, and (if you got there early enough) free from the prying eyes of teachers—a place that was ours. Let’s be clear, the environment itself is nothing to write home about. It was just a simple parking lot next to the school and close to the football field, but it was ours and filled with laughter, fist fights, hormones, revved engines, questionable fashion choices, self-doubt, and unabashed earnestness of youth.

The parking lot lifestyle was so appealing that on Friday nights, high schoolers could choose between two hangout hotspots: the local Waffle House or a different grocery store parking lot. Guess which one the cool kids went to. And let’s be honest, in a time before the internet, before instant entertainment gratification, before cell phones in everyone’s pockets, our options were more limited. But just like a never-ending menu at the Cheesecake Factory, too many options can be overwhelming.

There’s comfort in the zero expectations and simplicity of hanging out with friends in a parking lot. No agenda, no responsibilities, and only possibilities of where the day or night might lead.

With only time and friends at their disposal until the concert starts, HMPL reminds us of an era when hours with nothing to do were some of the most meaningful. As an adult so busy with work, family, side-hustles, and other responsibilities, I find that when I do actually have free time with zero obligations, I feel listless—that I should find a way to fill that time productively. In hindsight, I realize that some of the most productive time I’ve ever spent was with a handful of my closest friends and nothing to do in a parking lot.

Heavy Metal Parking Lot is currently streaming for free on Tubi. The filmmakers caught up with a number of the original HMPL subjects in a separate “Where are they now” documentary you can watch on Vimeo.