Out of Order: An Abandoned Arcade Warehouse 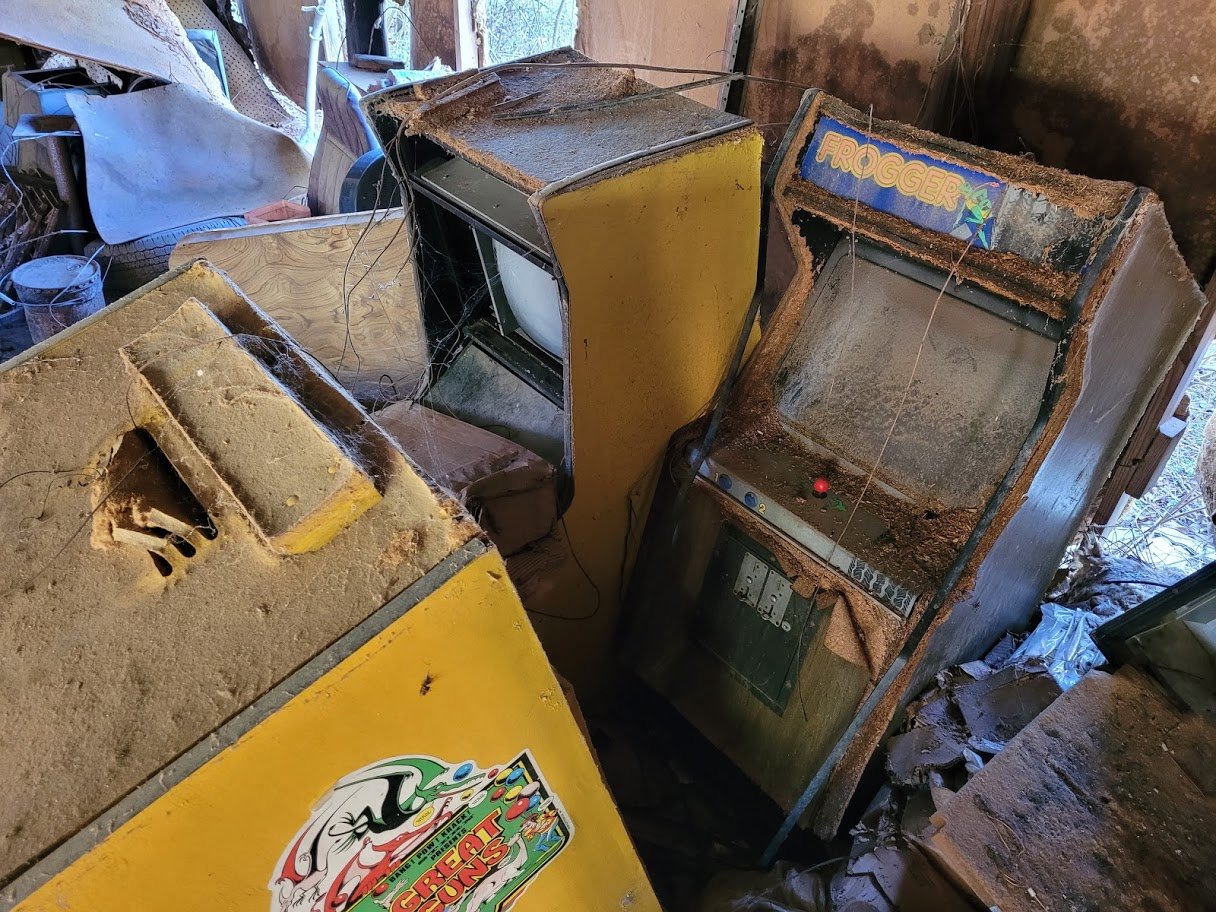 It’s important to remember the past, to celebrate it, and to preserve it. If not for people like you and me, our past can be easily discarded and forgotten. While collectors and preservationists of retro nostalgia proudly display our collections and memorabilia on shelves, not everyone does. For some, our cherished nostalgia was just business and ends up discarded in an arcade warehouse.

Ten years ago I met a man who revealed himself to be a former arcade operator. Having started in the coin-op business in the 1970s with pinball and jukeboxes, little did he realize that he would soon experience the boom of video arcade games in the late ’70s and early ’80s. His business grew so large, so fast that at one point he had over 1,000 games on location in three Southeastern states.

When games on location broke, they were dead weight, not earning any money for the operator and being an eyesore to the location holder. It was in both parties’ best interest to replace those non-working games with replacements to accept eager players’ quarters as quickly as possible. Those broken games would make their way back to the operator’s arcade warehouse to be repaired as soon as possible.

Time is money, and sometimes the older the game was, the more prudent business move was to simply replace it with a new machine that would guarantee greater returns. So it was that many of the games sat in a warehouse waiting for their return to a spotlight that never came. Over time, one warehouse turned into two, then three. And when the backlog of broken machines got too hard to handle, they were forgotten and neglected, their workhorse days behind them. Before my operator friend could realize it, those games and that first warehouse were sitting untouched for twenty-five years or more.

Nearly a decade ago, my friends and I went to this operator’s warehouse and were saddened to find such a dilapidated arcade warehouse with games left to rot. Since the games were essentially trashed, we worked out a deal with the gentleman that allowed us to strip games to salvage worthwhile parts then dispose of their collapsed, waterlogged cabinets in an industrial dumpster to help him prepare for a proposed sale of the property.

Cut to a week ago. My friend and I were contacted by the aging operator to come and pick up a game we had our eyes on, but could not easily access the last time we were there: a coveted 4-player Atari Warlords cocktail cabinet. When we arrived on location we could see that the deal to sell the land fell through years ago and the aging and weathered warehouse was still there, presumably untouched since the last time we were there. I used this opportunity, what may be our last time visiting the location, to document the urban decay before it was too late.

Sure, it’s sad seeing collapsed games that were once loved by so many excited players left to die, but it’s also important to document the current state of these pop culture icons for future generations. I hope you enjoy this unique urban exploration and a little bit of history that led to this pop culture time capsule.

If you’re interested in reading more about re-discovering and exploring giant collections of old arcade games and pinball machines, check out my article published in Paste Magazine in 2014: “Arcade Archaeology: Saving Gaming’s Relics.“ 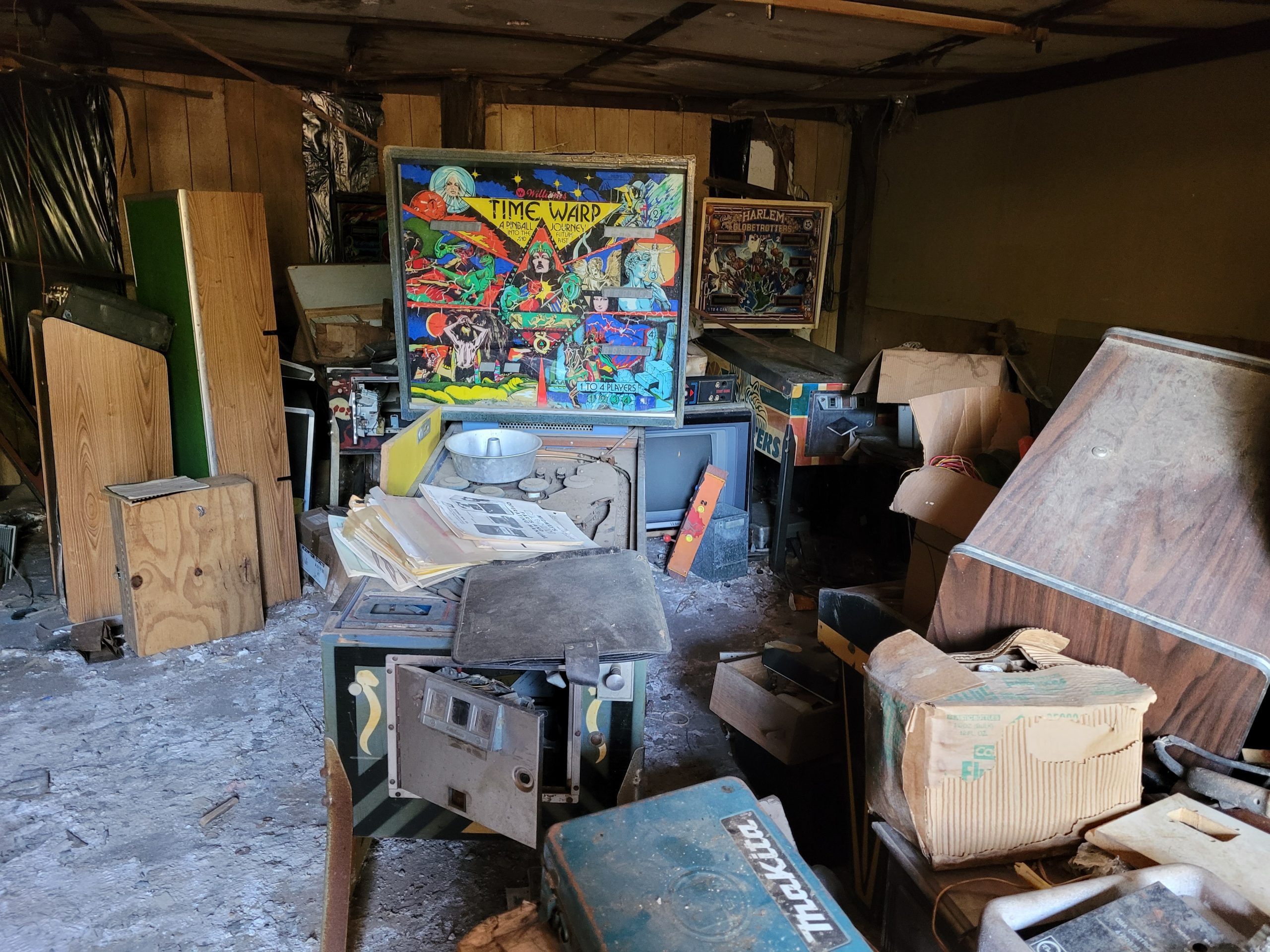 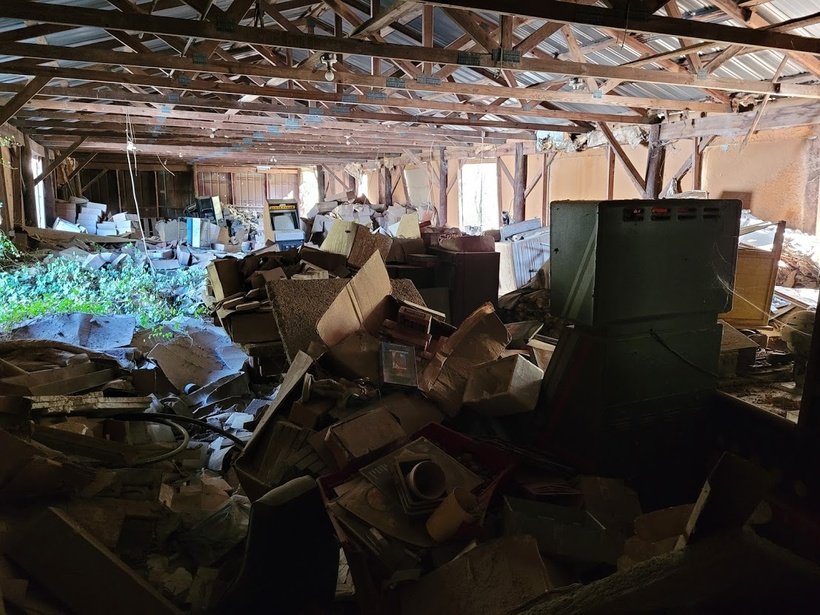 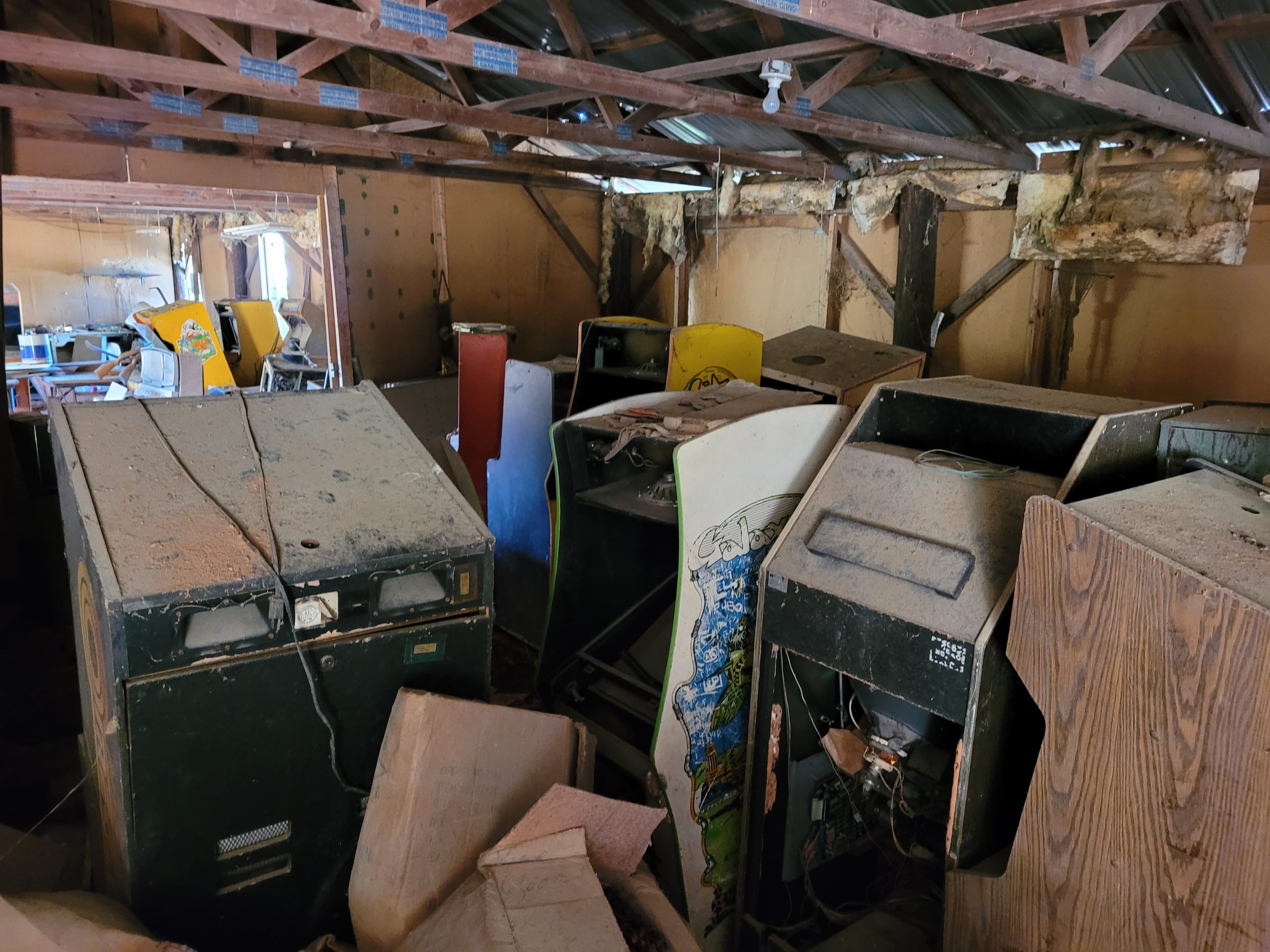 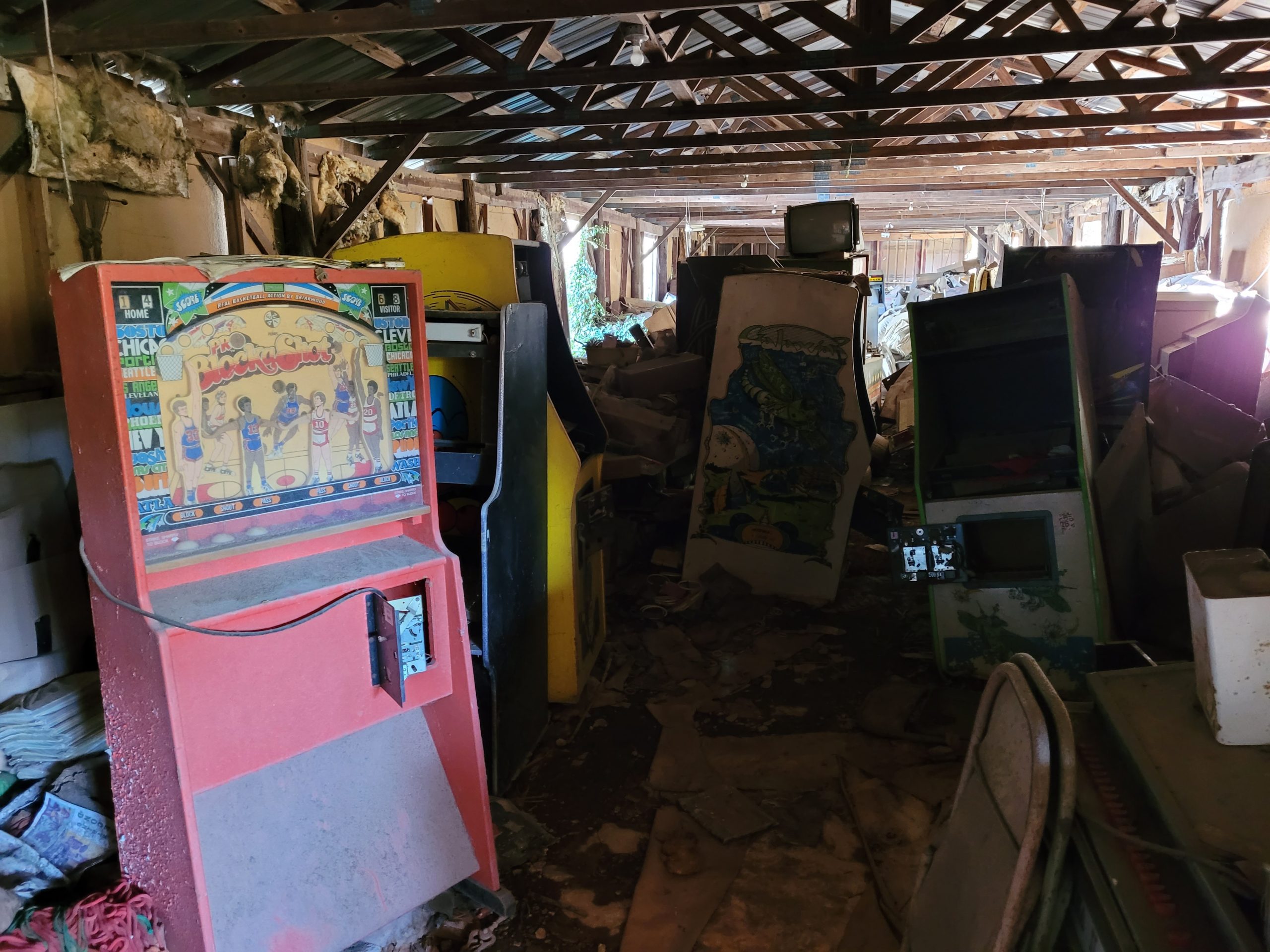 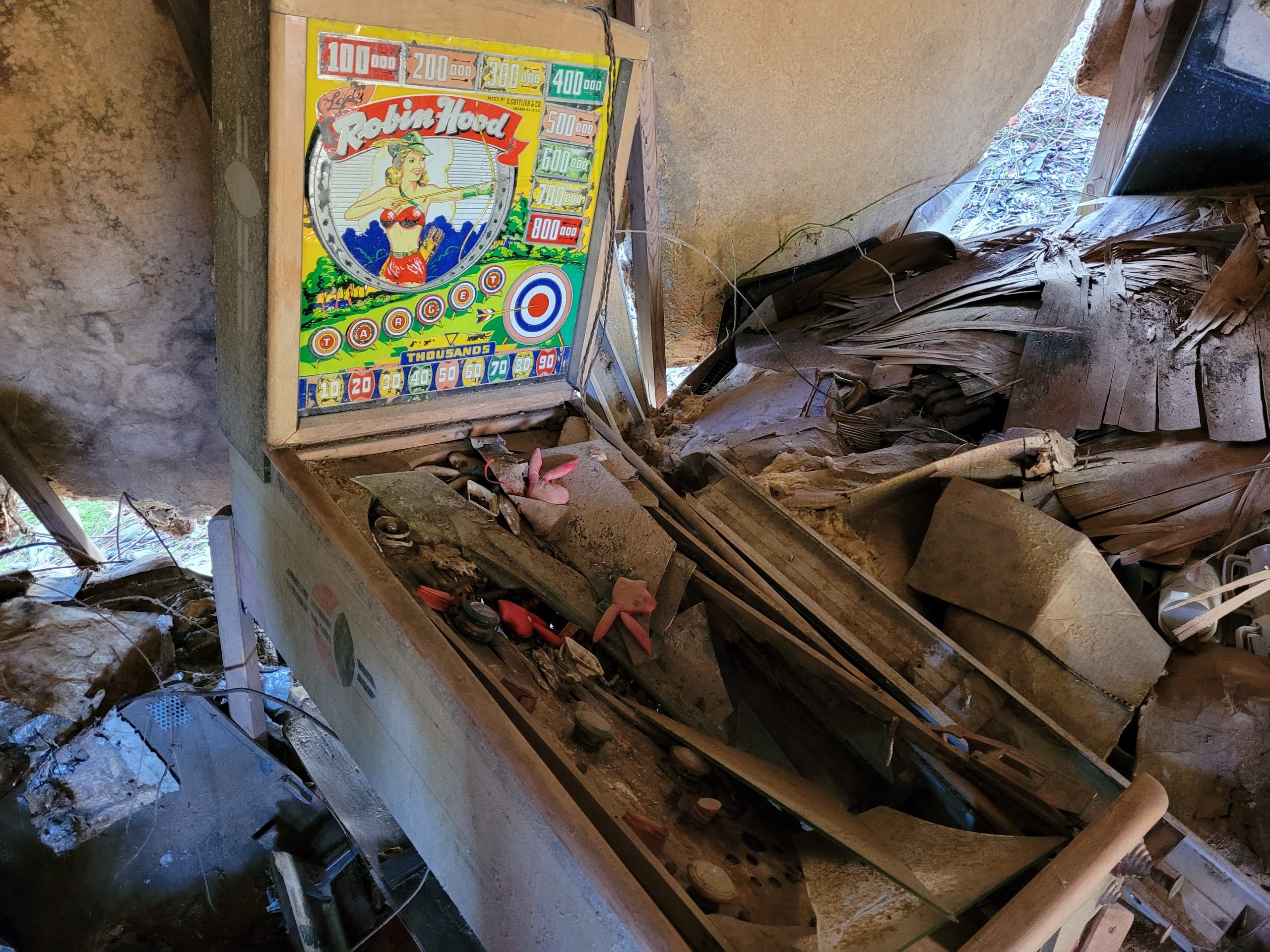 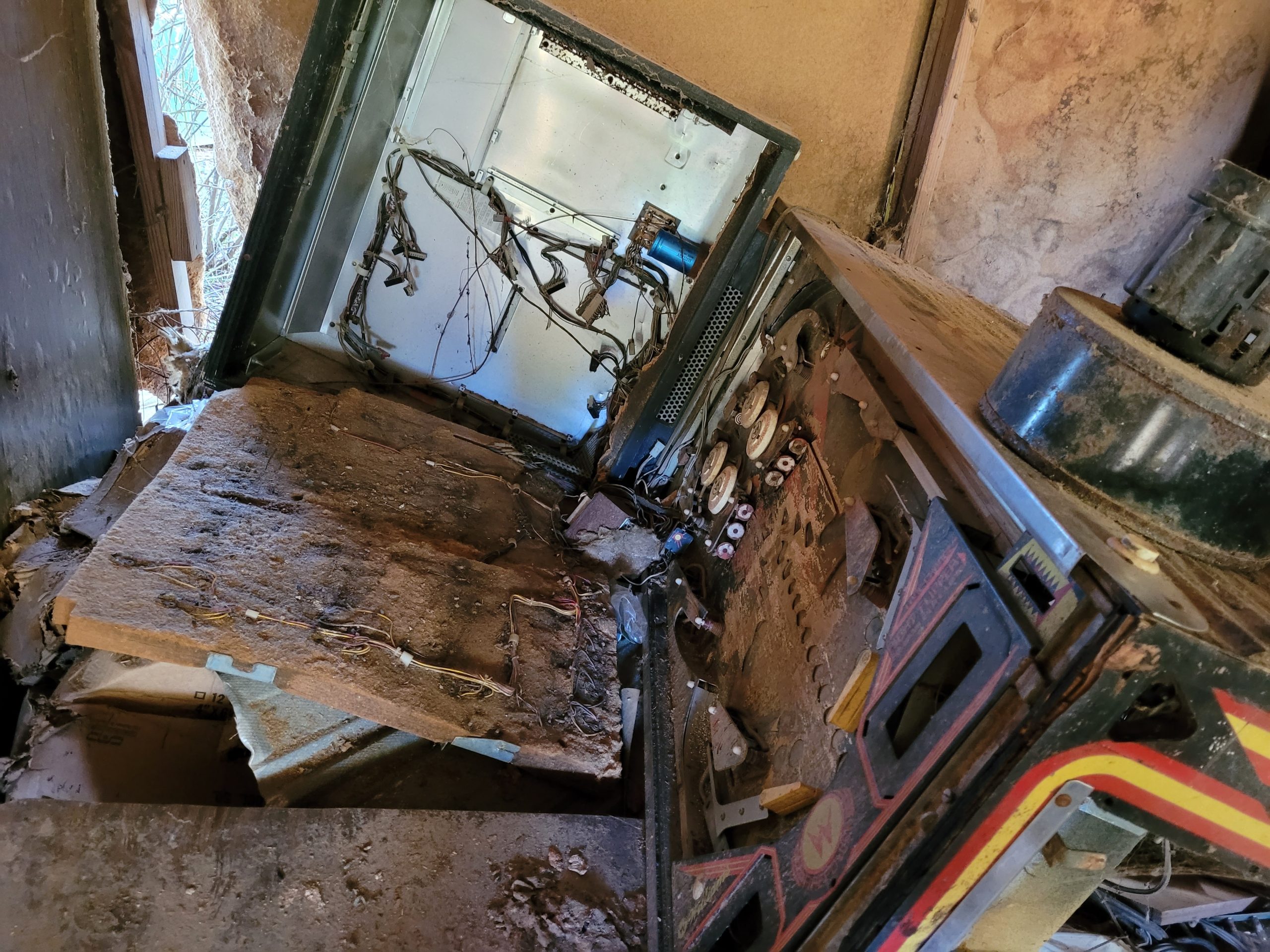 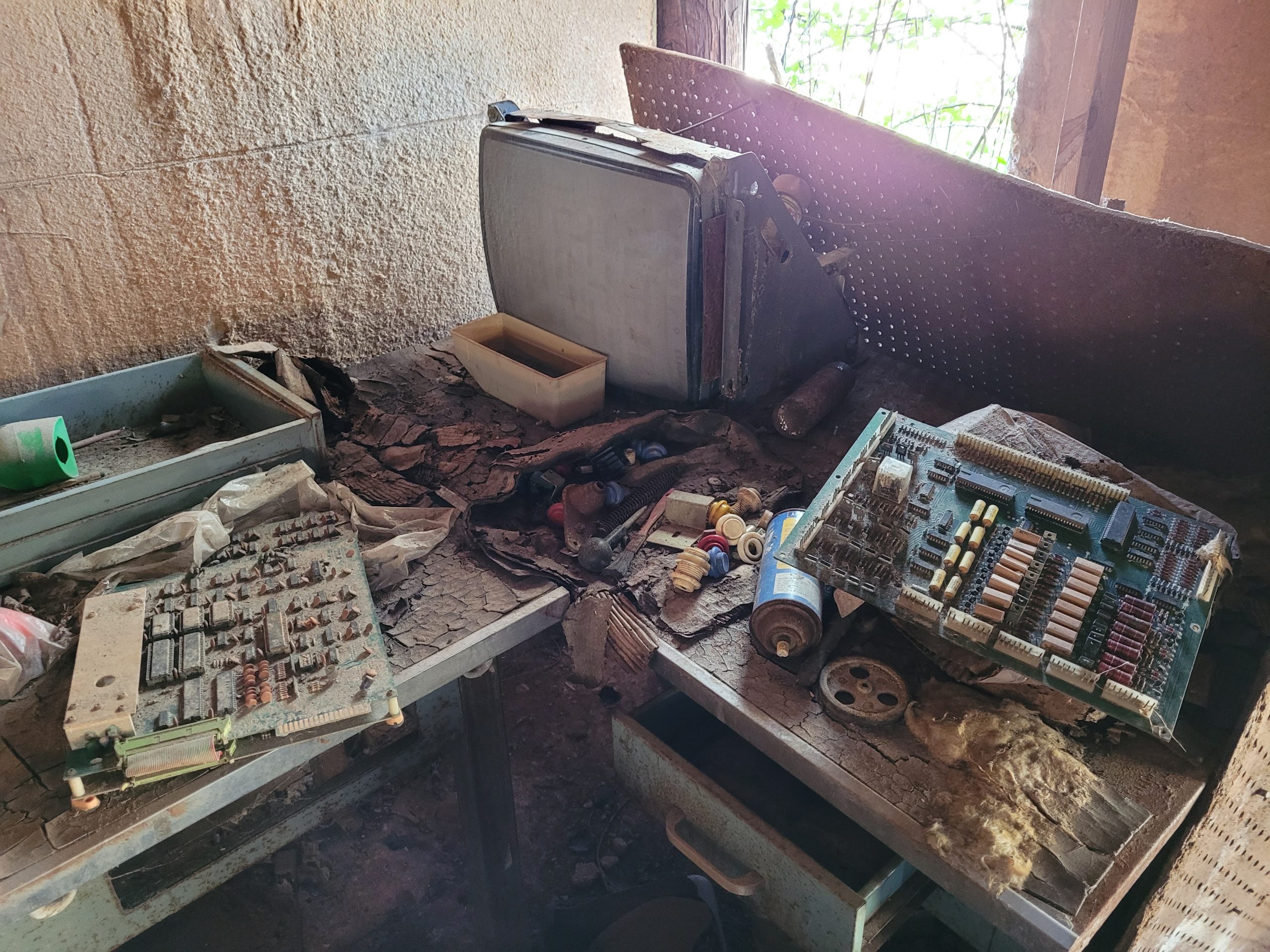 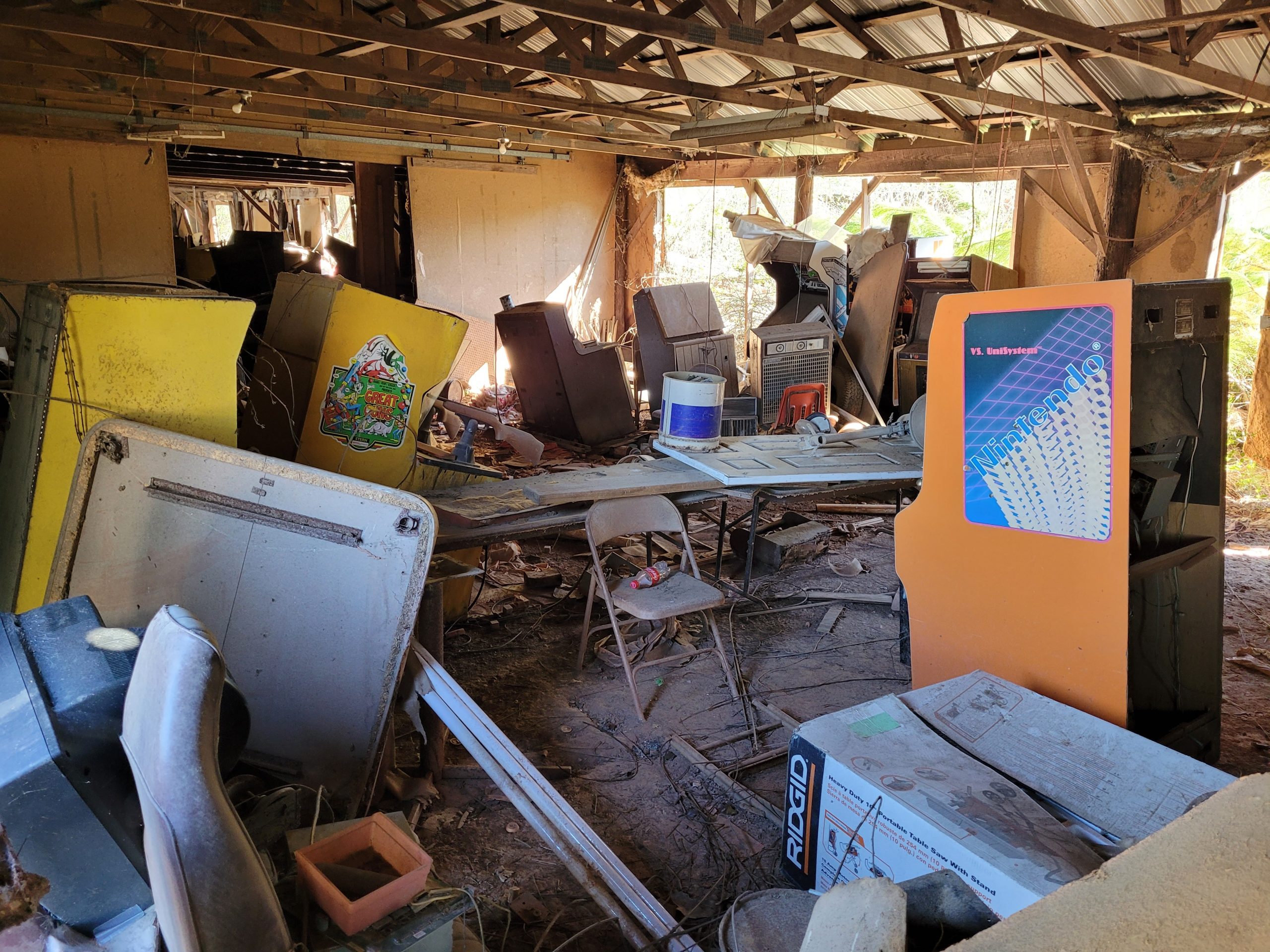 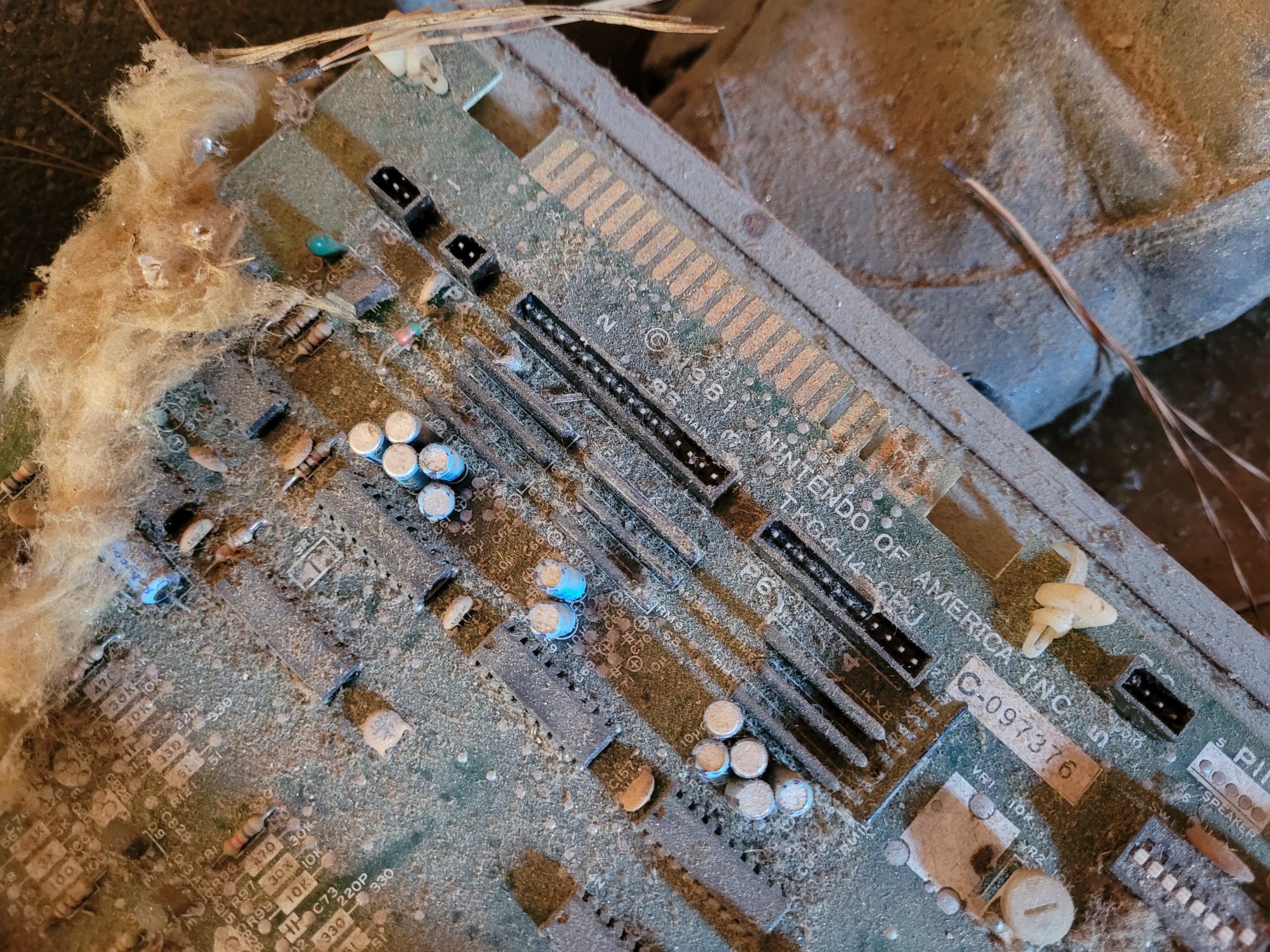 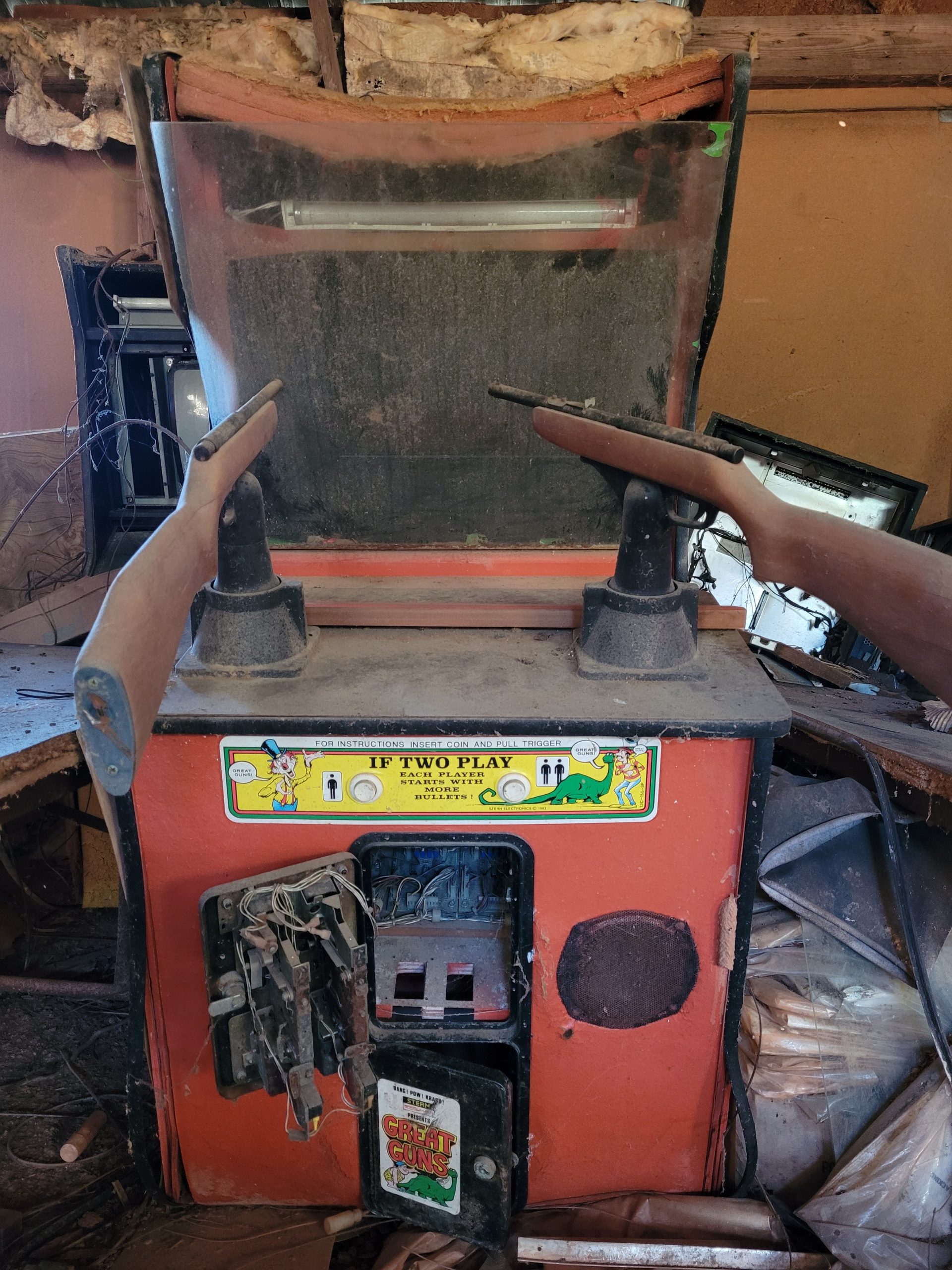 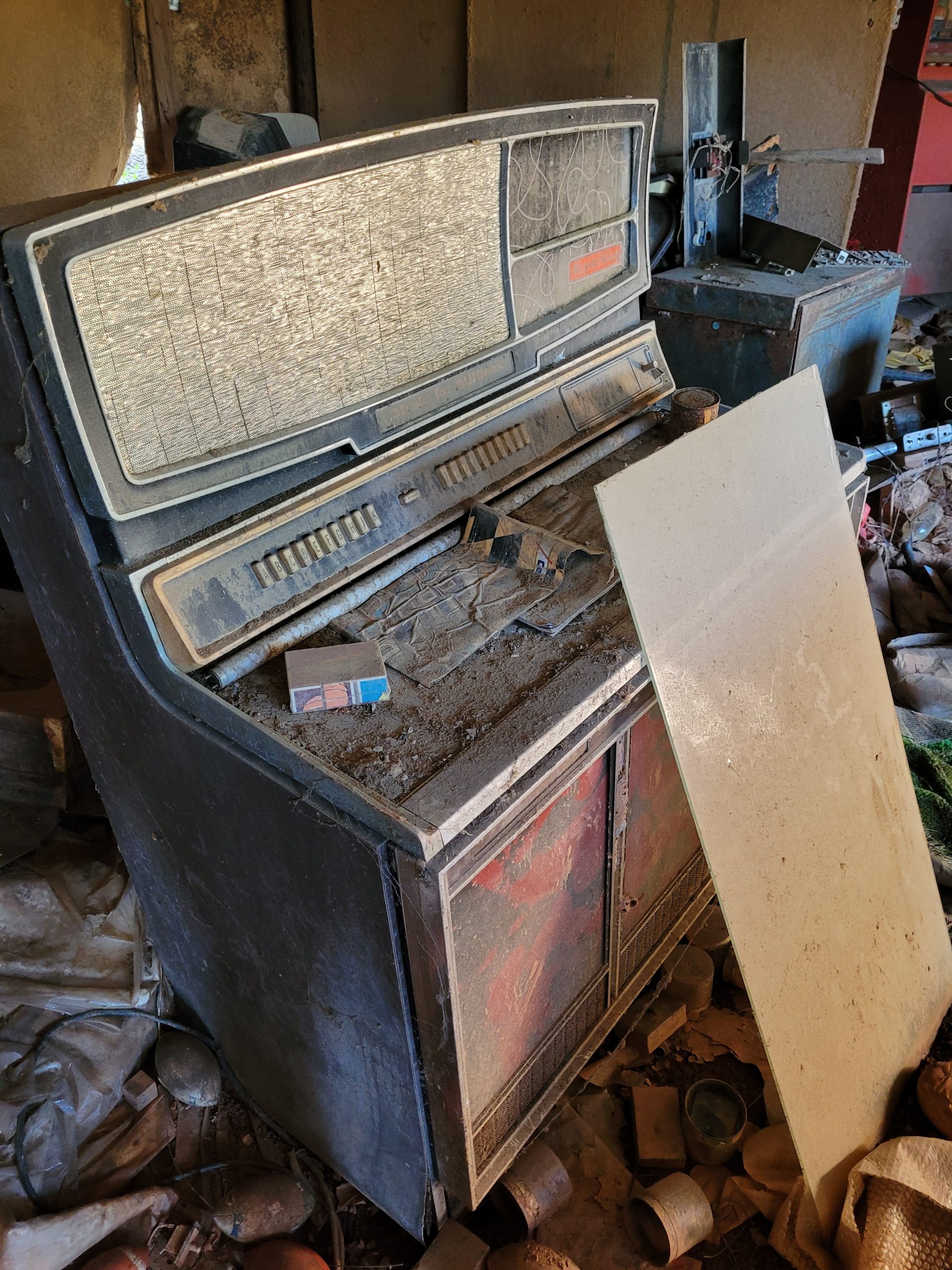 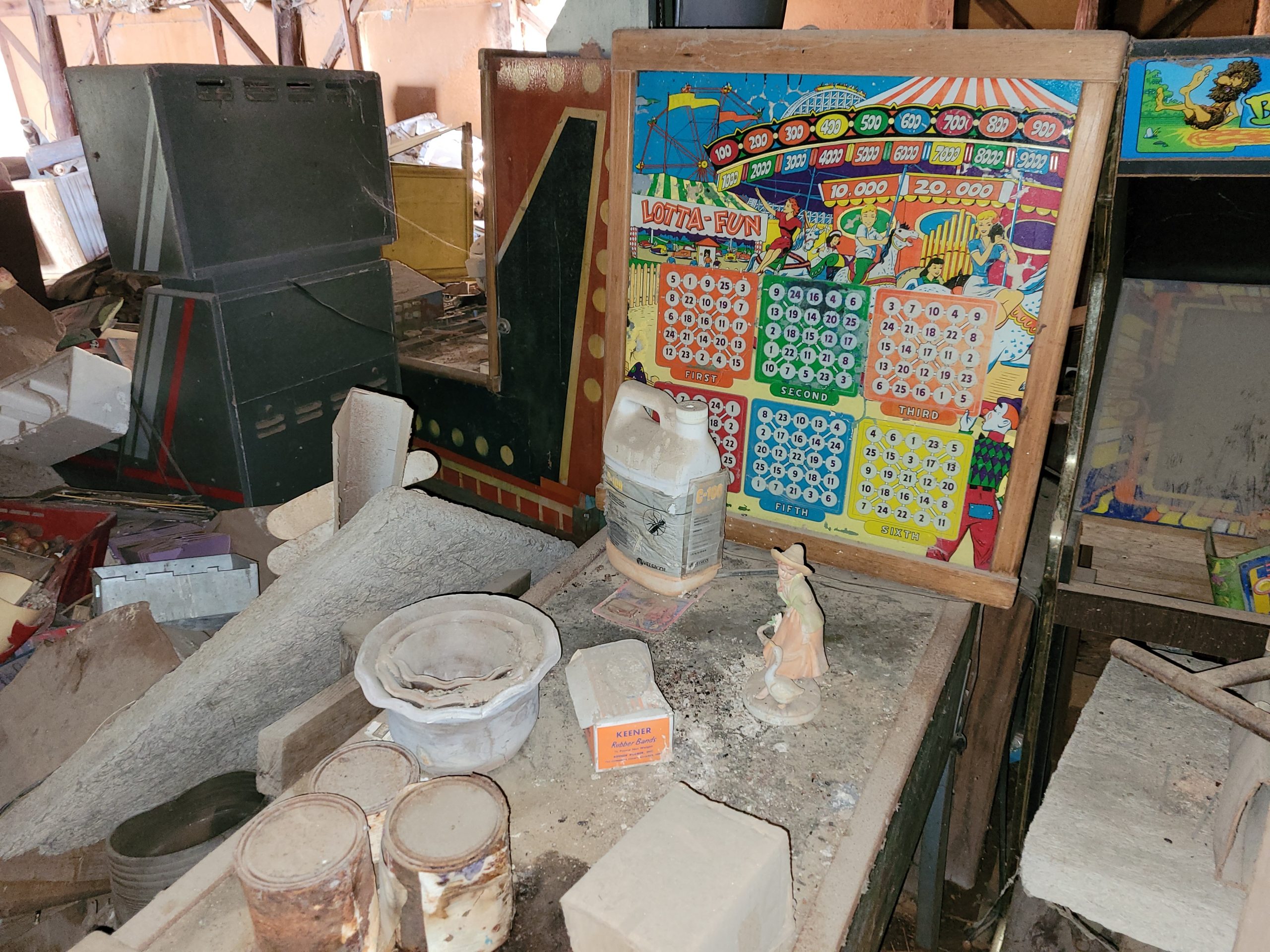