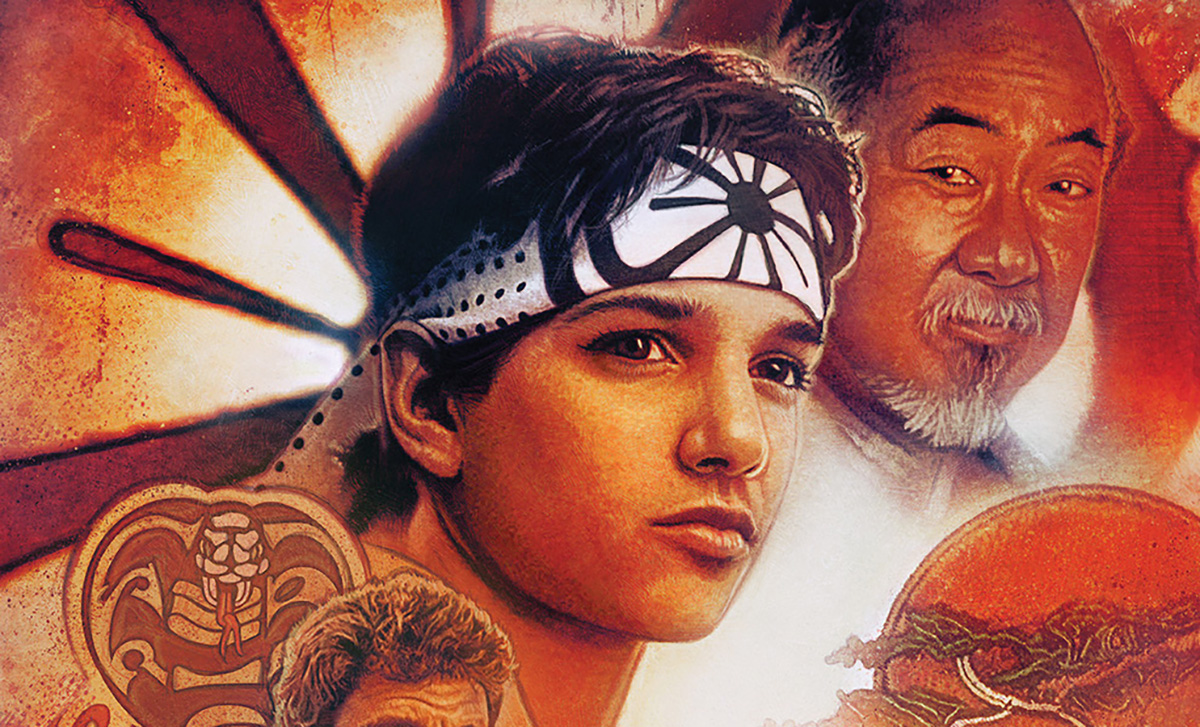 Welcome, fans, to the first installment of… Nostalgia’s Revenge!, my monthly(-ish) writeup of all things retro with which I am obsessed.

In a world flooded by remakes, reboots, and bland but lucrative attempts by Big Media to capitalize on the properties we grew up with as kids, I’ve tried my hardest not to watch Cobra Kai. Not to get caught up in the karate chops and kicks and millennial drama. But my curiosity, aided by some text messages from one of my best buds and fellow nostalgiac, made that tiny seed blossom into a bonsai tree. When it was only available to watch on YouTube Red, it was an easy pass. But when the show came to Netflix, I gave in one night and said to myself, I’ll just watch an episode. Just. One. Episode.

From the thrash-metal opening theme and quick half-hour episodes to the off-color charisma of William Zabka reprising his role as Johnny Lawrence, I found myself coiled up on the couch and caught in the serpentine grip of Cobra Kai. (Never Die!)

The series, based on the original Karate Kid movies, got me thinking back to my early eighties childhood. Truth be told, I was never a fan of The Karate Kid, and for me, everything from The Karate Kid, Part III and after (The Next Karate Kid and 2010’s Karate Kid remake with Jackie Chan) exist as nothing more than desperate attempts by Hollywood to breathe some fresh chi into a classic. Even though I certainly related to Daniel Larusso’s plight as the new kid in town, having to seek out his own way of coping with adolescence, and all the black eyes and bruised self-esteem that came with it, I was too petrified of John Kreese––and still am a little whenever Martin Kove steals the scene––that I never liked watching the movie the few times I saw it.

However, one of my favorite movies of all time is The Karate Kid, Part II. There’s just something about the sequel that resonates with me more than its predecessor. Perhaps it’s because the film is set in Okinawa, a pretty exotic location for a kid from Weehawken, New Jersey to experience, even if it’s only on the silver screen. Or perhaps it’s because I thought Chozen was the most badass antagonist around. Plus, I loved that yellow gi he wore during that final fight with Larusso.

After binging Cobra Kai for about three weeks at a pace of one or two episodes per night, I immediately became obsessed with The Karate Kid. I found myself searching eBay for the Remco action figures I had as a kid. In doing so, I did notice there were newer figures from companies like Super7, NECA, and Icon Heroes, but, in my humble opinion, they do not do the franchise or that classic Remco line justice. Back in the day, I only owned a small handful of those six-inch Karate Kid figures, which were different from all the other action figures on the shelves at the time, the packaging boasting Remco’s “Auto-Release Tri-Action” feature, consisting of a karate chop, twist, and kick. I had Daniel Larusso (of course) and Chozen from Part II, as well as Kreese, Johnny, and Mr. Miyagi, which were all later releases in this short-lived line.

A few months before, I was scanning tables at the monthly Wayne Toy Show, and I bought a few action figures to resell. One of them I passed off as a bootleg of a Karate Kid figure; it had the same body as the Daniel Larusso figure, sans the white gi, and the mechanism that makes him kick was manual instead of an auto-release. To my fascination, I found that this was, in fact, a Remco figure from the toy company’s 1984 line Secret of the Ninja. These “actionized” figures had pretty bland names (the one I picked up for $5 is called Karate Black Belt Champion, while others sport names like Judo King, Golden Shaolin Monk, Ninja (that’s it, just “Ninja”), Tae Kwon Do Warrior, and––by far the most colorful name––Cobra Spirit, but you can see in them the inspiration for company’s Karate Kid line, which would come out that same year.

Scouring eBay, you can actually find Secret of the Ninja figures going for relatively low prices, but those vintage Karate Kid figures, especially the figures that came out as the line was ending, are among some of the most expensive figures I’ve seen in a long while. After losing out to a Daniel Larusso that popped up for the insanely low price of $30 plus shipping, I was able to score one a few weeks later for the same price. No break-away ice or cool blue stand and no “Secrets of Miyagi” scroll. Just Daniel-San, with a limp-at-best kick (you can expect that from a toy line nearing its 40th anniversary) but a karate chop as strong as I remember as a boy. He’s feeling quite at home in my Toy Vault, but he’s definitely a little lonesome.

So as I anticipate season four of Cobra Kai, I’m hot on the prowl for a few other Remco Karate Kid figures to grow my collection, as this obsession shows no sign of coming to a close. 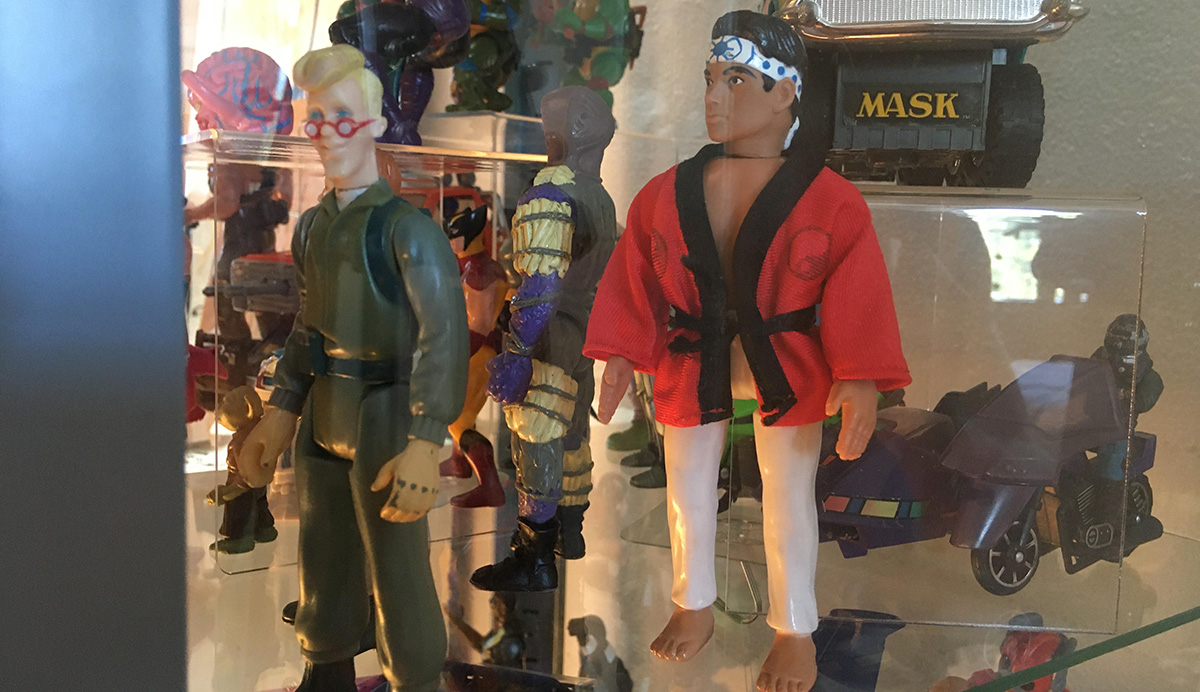