Jurassic Perks: Mattel’s “Hammond Collection” Harks Back to When Dinosaurs Ruled the Earth…1993! 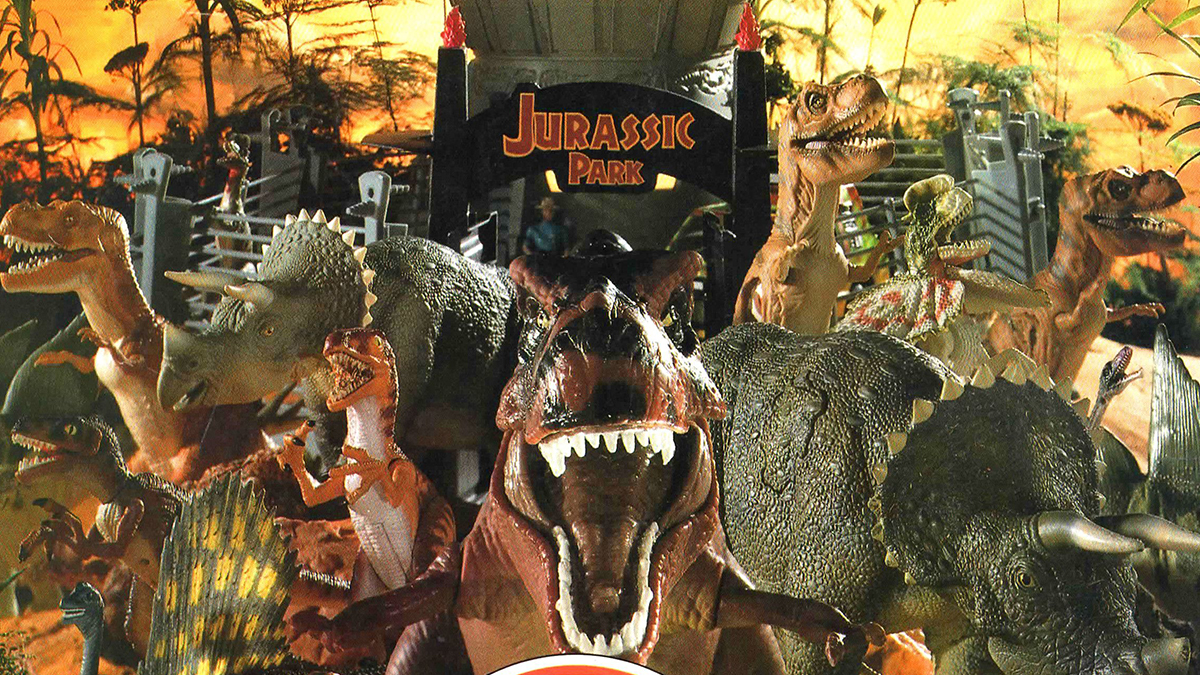 Jurassic World: Dominion is the Nostalgia-saurus Rex of the franchise, reuniting many of the original 1993 cast. Mattel’s 2022 Hammond Collection toy line for die-hard dino-fans is now on sale, so let’s take a look back at 1993’s merchandising monster. 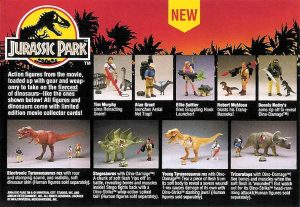 The real money makers were of course the dinosaurs (which, let’s face it, the kids loved more than the humans). The ever-popular T-Rex had a junior and senior edition. Velociraptors had the cheap stocking-filler model as well as Dino-Screamer editions.

Other big-box birthday winners were vehicles and playsets. The Command Compound had plenty of parts for kids to build and then smash to bits again. Both the iconic vehicles were available, so your T-Rex could crush the Jungle Explorer then chase down the Bush Devil Tracker (complete with a trang missile launcher).

The interactive play didn’t stop there. Video games placed kids right in the action. The NES, SNES, and Gameboy all featured varying versions of the same top-down shooter.

The Sega Megadrive/Genesis had a more darkly atmospheric platformer where you could play as either human or dinosaur.

The 1994 Arcade rail shooter was a manically violent rollercoaster ride through dino-hell. Within minutes, you were bursting through the main gates and being chased down by a terrifying T-Rex.

Over 100 licensees were pushing merchandise in 1993 and some of the stuff cashing in on dino-fever were quite bizarre. Some have become quite rare, like the lunchbox that was recalled because the drinking flask kept being mistaken for real dangerous chemicals.

Pogs were ubiquitous in the nineties and Jurassic Park merch wouldn’t have been complete without them. Valentine’s cards produced by Cleo, featuring the bloodthirsty lizards, were apparently all the rage. McDonald’s had a range of six collector cups that came with its meals. For wannabe Alan Grants, Jurassic Park walking boots were produced, although little can be found online about who produced them.

In 2019, Mattel produced The Amber Collection. This line of six inch scale, super accurate sculpted models was aimed at collectors and featured characters from the original movie. Now in 2022, Mattel has updated this line with The Hammond Collection. These figures are again, highly accurate sculpts with advanced articulation, but the figures are scaled the same as their main toy lines.

Whether it’s the ongoing nostalgia market, or the modern rebooted franchise, one thing’s for sure: dinosaurs mean dollars.