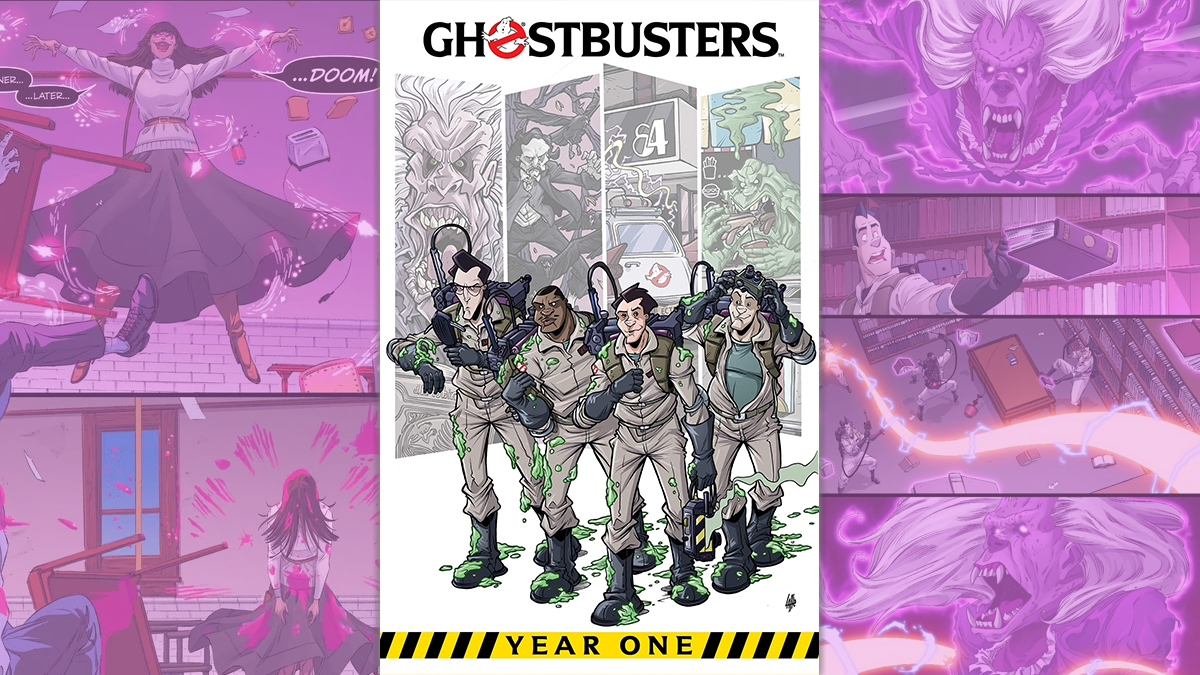 Everyone knows the Ghostbusters right? The librarian, Slimer, Terror Dogs and Mr. Staypuft? They crossed the streams and saved the world and everyone cheered their name. But what really happened at the Rose nightclub? Did they ever go back to catch the librarian? Why did the containment unit explode when the power was shut off? What was Winston’s first assignment? So many questions.

Ghostbusters: Year One answers these questions and more in a four-part comic book first published in 2020. The story begins not long after the Gozer incident and ambitious writer Rebecca Morales is contracted to write a book—an expose—about the supernatural pest controllers. Each issue features a different interview with each of the four members, which flashes back to various lesser-known details about their first year in the busting business.

Erik Burnham’s dialogue is so on the money. Reading it, I could hear the voices of Venkman, Stanz, Spengler, and Zedemore, riffing off each other. The interplay between each of them when sparring with Morales—whose spunky journalist instincts make her hungry to dig deep for the real story—is what really makes this work. The flashbacks are exactly what you’d want to see; the Ghostbusters wisecrack their way through each spectral encounter. 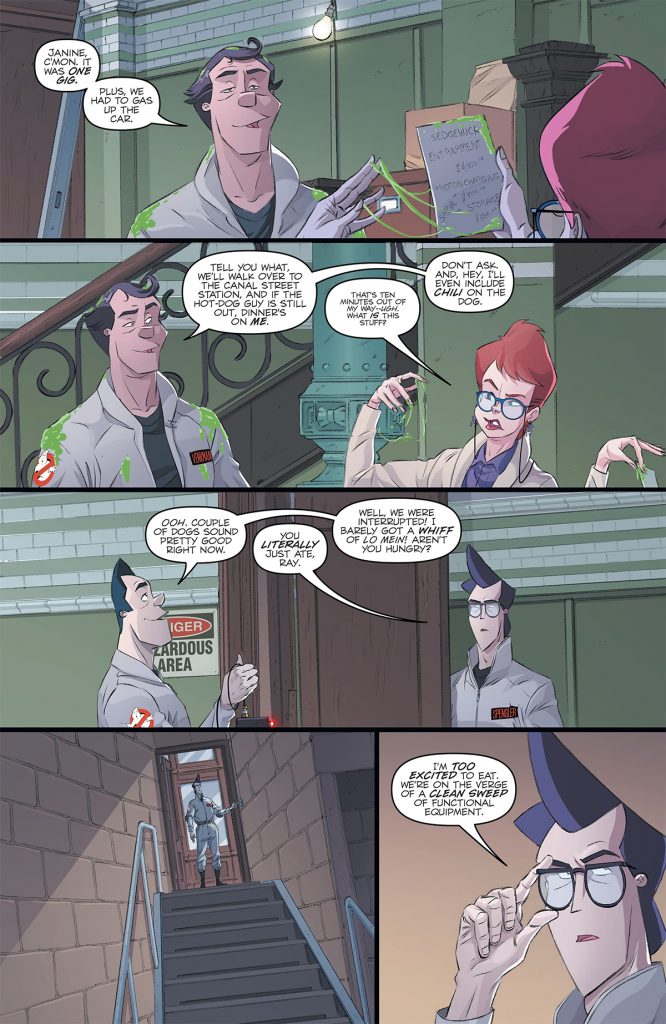 The storytelling in the artwork is excellent. You know exactly what the young Spengler is like from the clothes he wears. Winston’s apartment fills in the gaps in his character that the movie didn’t have time to explore. Venkman’s expressions tell you more about what he’s thinking than his words alone. The action is snappy and well laid out; you never feel lost on a page that’s noisy with too much activity. Delgado’s subtle, low contrast color choices really give a sense of distance, the feeling that this is set in the past. It helps sell it as a comic book that’s not just for kids. It’s desaturated enough to give it a mature, cinematic appearance. It looks and feels like it was graded to match the original film.

The original four-parter is a little tricky to come by—and quite pricey—but fortunately the whole story is available in one volume which has to be a must for hardcore Ghostbusters fans. It scratches that nostalgic itch and excitingly, it provides a tantalizing link between the first movie and Ghostbusters: Afterlife.

Published by Idea and Design Works.