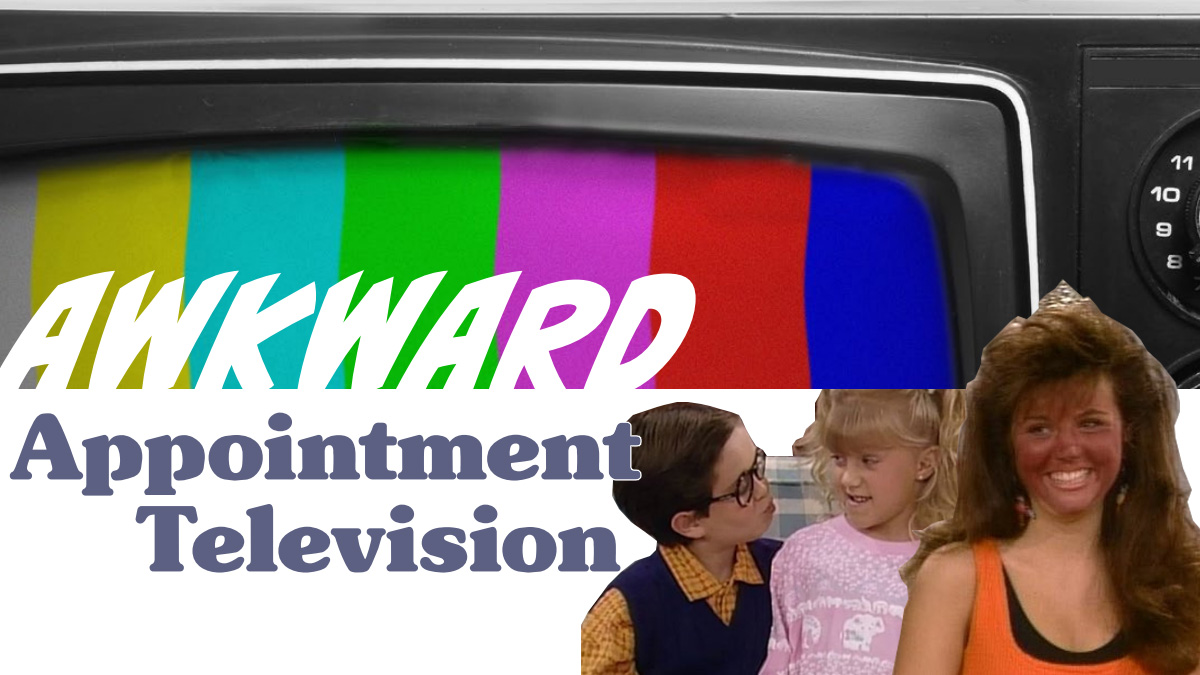 If you went through puberty and middle school (don’t deny, it came for the best of us), you have to admit that there were days you wished you could be someone else. As awkward as that time in our lives may have been (because it couldn’t just have been me, right?), we could always count on our friends on trusted television shows to let us know that we weren’t alone in wanting to replace who we were with what we wished would be. Whether you were struggling with jammed lockers or head gear, sometimes the only thing that made life bearable was waiting to see how the characters on ABC’s TGIF would overcome their struggles and reconcile what they presented to the world with what they truly were. Here are just a few of my favorite episodes from my own repressed memories of middle school and high school that let me see some characters lose their masks to reveal the true self underneath. 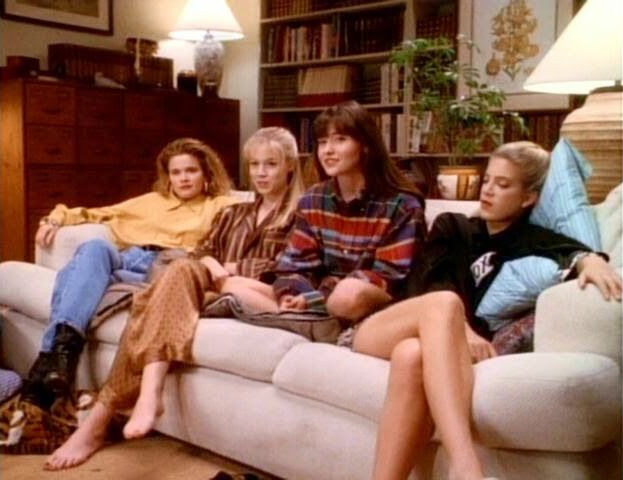 For those of you who weren’t into the original Beverly Hills 90210, Brenda and Brandon Walsh, newly arrived to Beverly Hills from their wholesome childhood home in Minnesota, are still working their ways through the hallways at their new, posh high school, while navigating complicated adult-like relationships in season one. As newcomers, they can rewrite who they have been into who they want to be. Halfway through the season, practically perfect Brenda invites a group of friends to her home to have a good, old-fashioned slumber party.

Kelly, Brenda’s beautiful but wounded new best friend brings along one of her toxic hold-overs from middle school, Amanda, who insists on making everyone tell their deepest secrets after ice cream sundaes, the prerequisite pajama dance party and Ouija board summoning. As poor decision makers, the girls decide to share, even though most of them know Amanda to be a horrible person, and not the best at keeping confidences.

This is just another example of the tragedy that is high school. Kelly reveals that her favorite color is fuchsia and that her middle name is Marlene! Brenda tells everyone that she once stole a boy’s underwear while he was skinny dipping!! Andrea tells everyone that her name can be pronounced two ways, but she chooses the British pronunciation since it makes her feel special!!!

After pushing past the surface questions, Amanda cuts deep, asking each girl questions as part of her game that attempts to lay bare everyone’s true self. After prodding, each girl decides to reveal some truth about herself, some of the deepest wounds, heartaches and secret, unrequited loves, which go against the personas each of them has manufactured for themselves. This relinquishing of their masks allows the girls’ bonds to grow stronger…except for Amanda, who is never seen again after this episode. Good riddance. 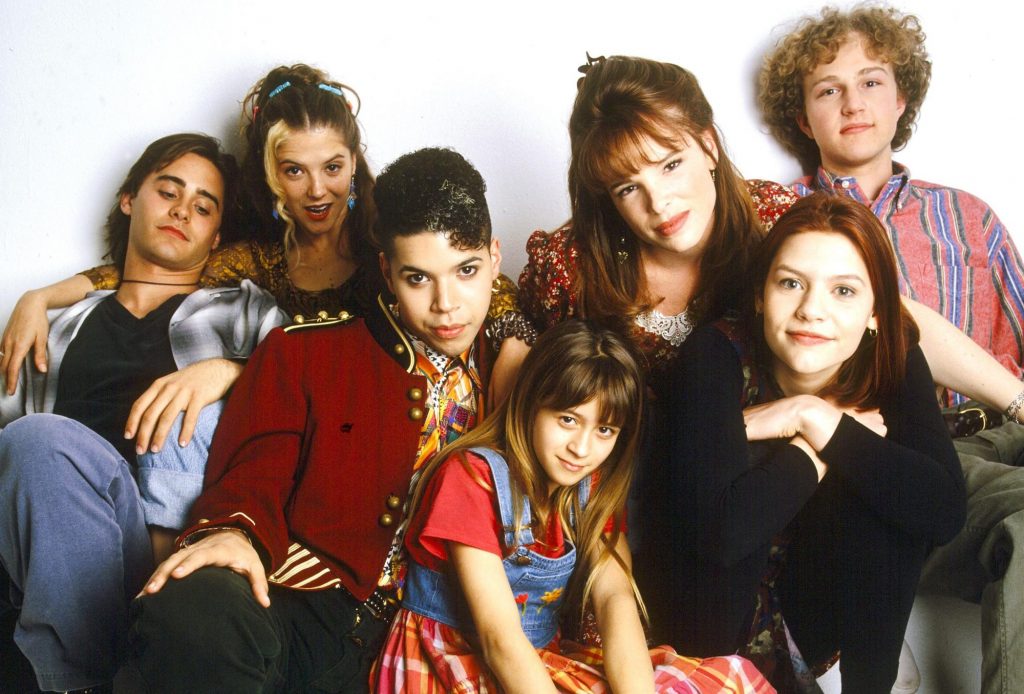 I can guarantee that there isn’t a single late 30’s/early 40’s woman who didn’t know about the show which launched Claire Danes as Angela and Jared Leto as her crush Jordan Catalano into the stratosphere. I can guarantee that because I lived under a rock in early high school, and I adored these characters. Danes’ Angela enters high school and completely remakes herself from a bookish, obedient, shy kid in to a flannel-wearing, hair-dying, curiosity driven young woman on the verge who listens to Violent Femmes and the Cranberries, and if that doesn’t tell you something about her inner conflict, I don’t know what will.

Her attempts to hide her contemplative side and just be wild and free are constantly at odds with her deepening friendships with recovering addict Rayanne and young gay man Ricky, each of whom have their own masks to wear to protect themselves in the delicate balance of the high school hallway. Despite tragically being cut short after only one season, the depth of those characters who peeled back layers of masks like onions proved that there is nothing flippant or shallow about high school. 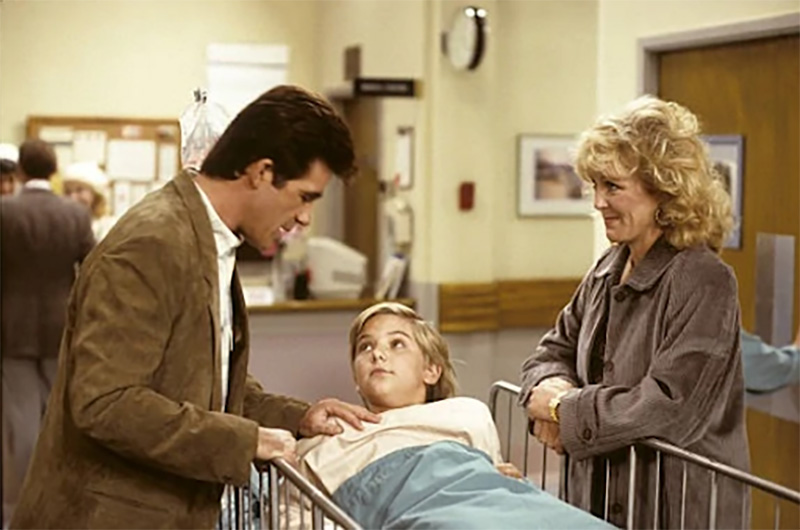 Raise your hand if your favorite character on Growing Pains was Ben Seaver. Go ahead, I’ll wait (and wait…and wait). As the third child in the Seaver family, Ben had to compete with older brother Mike, the good-looking teen heartthrob with a poor academic record and quips to trigger the laugh track, and salty older sister Carol, an academic overachiever and on occasion, Mike’s #1 nemesis. Surely being the third wheel to that dynamic was tough.

In this particular episode, terrified Benny is scheduled to undergo a tonsillectomy. After his father explains to him that he should just be brave because it’s the “Seaver way” (and his dad is a psychologist, so I question his strength in that role), Ben dreams that he wakes up from surgery and witnesses that he has been replaced with a new “Ben”, played by Danny Cooksey, who was pretty famous for making his rounds on ’80s television shows like Diff’rent Strokes and Mr. Belvedere, although I knew him best as Jasper in Dolly Parton’s Smoky Mountain Christmas. Ben watches as this new “Ben” takes on the role of perfect child, doing the things Ben always has trouble doing on his own: managing his chores, not spoiling his dinner with ice cream, having his siblings fight over time with him, and even getting Mike to give him his favorite leather jacket, after he was actually brave enough to go through with the surgery that the “real” Ben wasn’t.

After the real Ben fretfully yells that he is actually Ben, the new Ben devilishly yells, “Not anymore, sport!”, reminding me of a living Chucky doll. Eventually Ben wakes up from surgery to discover that he has not been replaced and that his family still loves him—all is right in Seaver-world and in ’80s sitcom television land. But the conclusion of this episode doesn’t come without revealing the fact that even in families, we can sometimes wear the mask of someone who is brave or perfect or funny, even when those things aren’t exactly what we feel but what others expect. 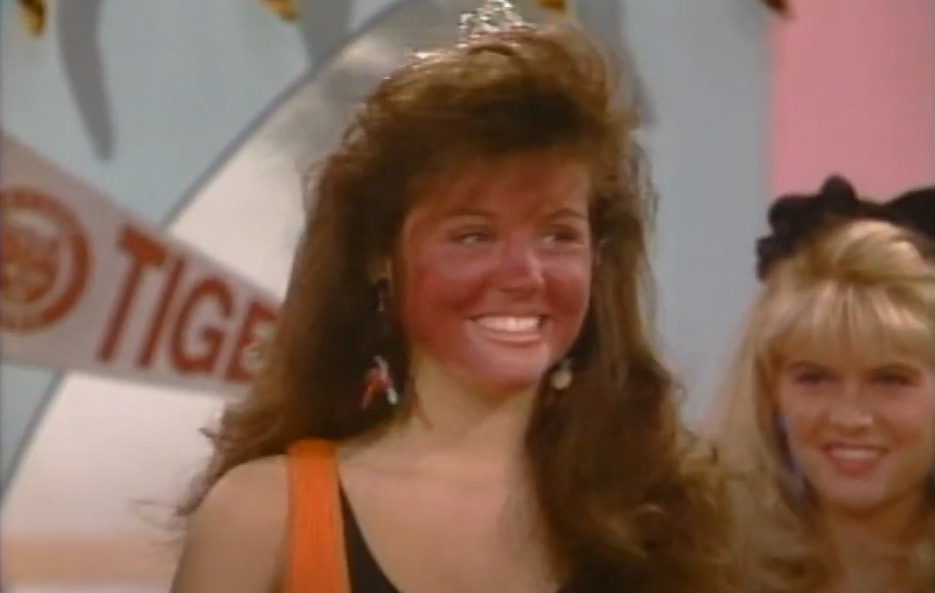 When I was in high school, I would watch Saved by the Bell after school while I did my homework. I knew every character, every storyline, and every upcoming plot twist. Unfortunately, I wasn’t enlightened enough to understand the blatant “-isms” that persisted throughout the seasons, whereas now watching the show as an adult, I cringe at what I probably internalized and normalized then. “Cream for a Day” is a typical episode of Saved by the Bell tropes. Screech makes a big mistake, Zack profits off the mistake, the mistake blows up in Zack’s face, and everyone still forgives him in the end. But in this episode, the focus is really on picture perfect cheerleader Kelly Kopowski.

Kelly was always the gorgeous, kind, popular, funny girl who had it all, including a giant zit on her nose the exact week of the big Homecoming Queen vote. Initially her fears in the episode are simply that everyone will find out she wears a retainer at night, forcing her to be friends with the “nerds” in the “retainer club”. Meanwhile Screech is thrilled to finally have his first zit–what he considers the mark that makes a man. When he accidentally sets off a chemical reaction that erupts in his face in a science lab, his pimple magically disappears within hours.

While Screech is devastated to “just be a boy” again, Zack sees the opportunity to profit off Screech’s sadness when they deduce that the mixture in the science accident must have caused Screech’s face to clear up. When Kelly realizes her nightmare of having a zit has happened the exact week when it’s least welcome, she has visions of her friends calling her “Big Red” while she is paraded around the school with a giant glitter rubber clown nose as her most noticeable accessory and dreads having her family disappointed that their daughter can’t achieve greatness in a crown.

In order to preserve her picture-perfect mask, she takes advantage of Zack’s marketing of the Zit-Off cream, which should take care of all of Kelly’s problems by allowing her to win the Homecoming crown. Unfortunately, one of the unknown side effects is that it turns the user’s face maroon, so the secret is out that Kelly (and most of her classmates) are typical teenagers who have imperfections, and not just on their faces. Even though on the outside Kelly looks perfect, her mask hides the insecurities that haunt everyone…until they realize the thing that they think makes them weakest is actually the thing that makes them strong. 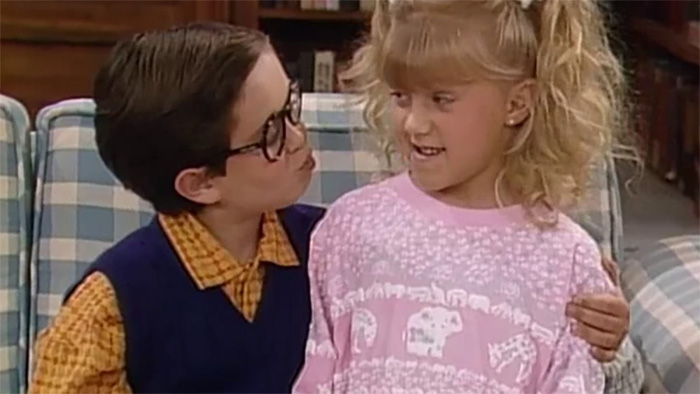 You had to know that I couldn’t leave out my favorite TGIF show from middle school. Full House’s range of characters really provided a little bit of something for everyone: The single, widowed dad, the zany uncle, the hunky uncle (or hunkle), the cool older sister, the attention-seeking middle sister, the adorable baby sister, and even the annoying neighbor affectionately called Gibbler. You could always find someone to relate to on this show, but for me, that person wasn’t ever Stephanie (read: attention-seeking middle sister)…until she had to lose her mask.

I often related to D.J. Tanner, the wiser, responsible older sister. Stephanie, honestly, got on my nerves. But in the episode “Nerd for a Day”, it helped to witness someone who craved popularity be mocked for her supposed friendship with the “nerd” in her class, Walter Berman, who is classified as such because he wears glasses. Kids can be unrelenting in their torment of oddity (I mean, wearing GLASSES? Really?), and the ’80s were especially cruel. Broad classifications were given to those who could be grouped as one, and Stephanie did NOT want to be grouped in with Walter Berman. But because she defends him to her group of friends, they start taunting her, saying that she must be a nerd too and tease her for “liking” him, calling Stephanie his girlfriend.

Besides realizing that she needs to get new friends, Stephanie also realizes that it doesn’t feel great to be assumed to wear one mask while being certain that you’re wearing another. It takes Hunkle Jesse and an inspirational synthesizer playing in the background to make her understand that forcing someone to wear one mask because of your own assumptions isn’t a good thing either. I would like to believe everyone lived happily ever after, and Walter Berman grew up to be part of Google, but there’s no dénouement in some ’80s sitcom storylines.

You probably have those shows too…the ones you can recall watching during those pivotal moments of your childhood and adolescence that may seem a bit saccharine now, but which were truly formative for you then. One of the reasons I feel a little nostalgic for my favorite television shows from the most awkward stages of my life is because I see that kid, wearing her own mask, trying to figure out who she is through the safety of a television screen, in characters that look, act, and think differently than her. Each stage, each interaction, might present its own mask. And while it took a while, just like the characters in these shows, the mask is able to be peeled away to present a little more of the true self underneath.

Brooke Burt is a creative strategist at an awesome communications firm by day and an expert in growing her #tbr pile and watching Mad Men by night. Married and raising two strong kids outside Atlanta, she spends her free time thinking about how to make kindness cool again.